Youssef Kerkour: I knew for a fact I would not be cast in Home before Bafta nod 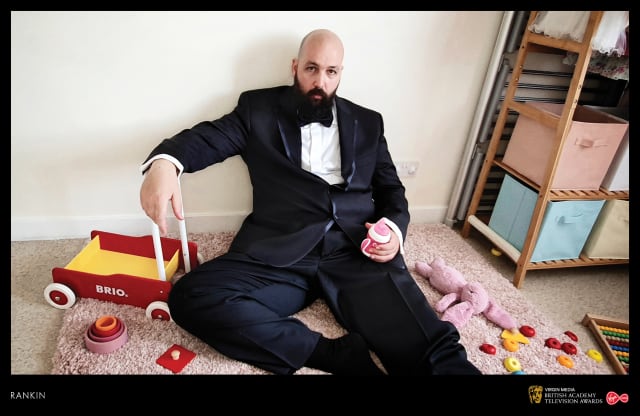 Youssef Kerkour has said he “knew for a fact” he would not be cast in Channel 4 sitcom Home because he “usually carries an AK-47” on television.

The Moroccan-born actor plays a Syrian refugee who sneaks into the back of a car belonging to a middle-class family on their way home from France in the series, and is now nominated for a Bafta for the role of Sami.

Speaking on a panel alongside fellow nominees for male performance in a comedy programme, Guz Khan (Man Like Mobeen) and Jamie Demetriou (Stat Lets Flats), he said: “I knew without a doubt that I would never be Sami, I would never be cast as Sami.

“I read it and I thought this is the most beautiful character, this is the thing I’ve bee waiting to see on television for a very long time, as someone who usually carries an AK-47 or is killing people or is getting killed.

“With this character there is none of that. I’ve been in situations before where I’ve auditioned for a part that is similar, certainly not the lead but maybe some character that comes in for a scene or two, and they happen to be Muslim, Arab, decent, and I’m always told Youssef’s not right for that.”

He added: “Without a shadow of a doubt I knew I would not get cast, and then I got cast so shows how much I know.”

Discussing why comedy is often the right format to tackle political issues such as the refugee crisis, he said: “You can go to places with comedy that you might struggle to with drama.

“Drama has a sort of finite element to it, with comedy the end is a bit further away, you can do quite a lot and if it’s handled with sensitivity the sky is the limit to what you can talk about.”

Kerkour added that it has also been the format that has embraced diverse stories, saying: “I think it’s telling that the medium that has managed  to break the most ground in terms of diversity is comedy.

“You can say a lot more with comedy than you an with drama. When I started 22 years ago it was completely different, I’ve done it on three different continents, I’ve seen the difference between work in America and work in England and how inverted the relationship with diversity is.

“I’m a glass half full kind of guy, I think things are changing for the better, they were changing maybe too slow but it’s starting to pick up.

“I don’t think it’s specific to comedy, I think its more broad now which is a good thing but i think it’s telling that comedy was the first environment for that stuff to happen.

“It’s also subject matter that is getting braver and braver. You need to wrap it up in something gentle like comedy in order to broach it.”

The TV Baftas will be held as a closed-studio, socially-distanced show hosted by Richard Ayoade at 7pm on Friday on BBC One.