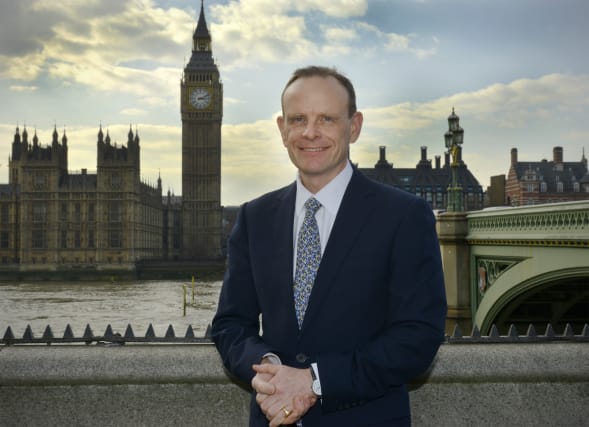 BBC assistant political editor Norman Smith has said he is looking forward to “longer dog walks” as he bid farewell to the broadcaster.

Smith was a regular voice on BBC Radio 4’s Today programme at 6.33am where he shared insight on the day’s top political stories.

Sharing a picture of himself and his dog Lexi on Twitter, he wrote: “Folks…that’s it from me. Thanks for putting up with me over the years. Its been an absolute privilege.

“I’m off now for some longer, much longer dog walks……”

Newsnight presenter Emily Maitlis replied: “Devastated. But good on you Norman, you are outstanding.”

Paying tribute to Smith on the Today programme, BBC director general Lord Tony Hall said: “Norman’s voice at 6:33 has been a key part of my morning for longer than I can remember.

“There’s a clarity that he brings to his briefing based on deep knowledge and then he calls things right too.

“I stop whatever I’m doing to listen and then somehow he goes on to broadcast across the rest of the day as well. How can he ever stop, thank you so much Norman I will miss you.”

Smith joined the BBC as a local radio reporter in 1986 and became a parliamentary correspondent in 1993, presenting Today and Yesterday In Parliament on BBC Radio 4.

He has been assistant political editor since 2014.

A selection of highlights from his career were played on the Today programme and Smith said: “God, I mean just so many memories. It just feels to me the past 30 years have been so utterly tumultuous.

“I go back to Tony Blair inventing New Labour, salvaging the Labour party from near annihilation, through sort of Cameron trying to reinvent the Tory party as a modern liberal party.

“And then you go into the Scottish independence referendum, Corbynism, Brexit, Covid, I mean it’s been utterly and totally tumultuous, and maybe that’s all journalists think their careers have been tumultuous but I do think certainly the last four or five years, the intensity and pace of change has been utterly staggering.”

Smith said he wanted to “go out and do things beyond politics and journalism while I still had my health and fitness”.

He added: “I kind of take the view there is only so much Covid and Brexit you can witter on about.”