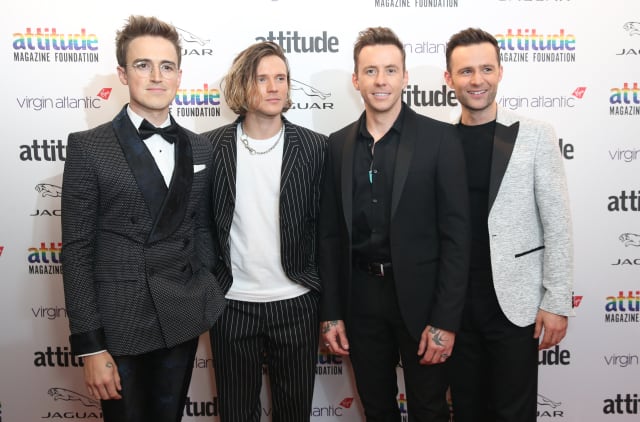 The band spent two years as the super group McBusted from 2013 before going on a break in 2016.

Plans to reunite in 2017 were thwarted by inter-band tensions, but earlier this month the group signed a new record deal. They plan on releasing an album later this year.

He told The Sun newspaper: “We have all been through a lot individually in the past four years.

“It got to a point where once all the talking was done, we had one therapy session and things were said.

“We’d seen each other broken, desperate and sorry enough to each other to be like, ‘Right, OK, we can move on now.’

“It’s not just like a married couple. There’s four of us, so there’s a relationship between each and every single person. It’s a complicated thing.”

McFly, known for hits including All About You and Obviously, formed in London in 2003. The band announced their return from their hiatus last year and performed at London’s O2 Arena in November.

Their comeback single, Happiness, is out now and the album Young Dumb Thrills is set to launch in November.

Fletcher said being back in the studio rebuilt bridges between the band.

He said: “I feel like music is therapy. Most of our problems came from the fact we weren’t together and as soon as we were together making music, everything was easy.

“As cheesy as it sounds, we were meant to be in this band making music together, and four years away felt like an eternity.”