ITV confirms return of I’m A Celeb, Britain’s Got Talent and soaps 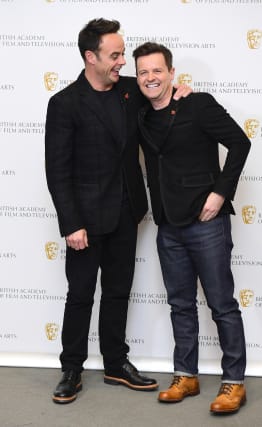 I’m A Celebrity… Get Me Out Of Here! will return to television in the autumn, ITV has confirmed, while soaps Coronation Street and Emmerdale will resume airing six episodes each week from mid-September.

The future of the jungle reality show, hosted by Ant and Dec, had been uncertain amid the coronavirus crisis but it has now been announced that the 20th series of the hit show will go ahead.

In addition, a one-off documentary called I’m A Celebrity: A Jungle Story will celebrate all the very best moments of the show’s 19-year history.

Britain’s Got Talent will also resume production with a one-off catch-up show before the start of the semi-final episodes that were postponed in the spring.

The Voice UK will also pick up where it left off with a catch-up show before a semi-final and live final.

Kevin Lygo, ITV’s director of television, said: “We kept Coronation Street and Emmerdale on air during the past few months, our Daytime has never performed better and we had brand new entertainment shows on a Saturday, every week.

“Now is the time to look forward to the autumn. ITV has some fantastic new programmes, from brand new drama to both new and long-established entertainment to trailblazing factual, all of which we are delighted to present and continue to keep the nation entertained.”

ITV also confirmed The Million Pound Cube will return, hosted by Philip Schofield, as well as Family Fortunes with host Gino D’Acampo, while The Chase will also go back into production for a new series in the autumn.

Supermarket Sweep will also return to the studio for another series, and will move from ITV2 to ITV daytime. Rylan Clark-Neal will host.

Meanwhile the channel will also air new entertainment show Don’t Rock The Boat, which will be hosted by AJ Odudu and Freddie Flintoff and will see 12 celebrities row from Lands End to John O’Groats in two boats.

Katie Rawcliffe, head of entertainment at ITV, said: “Don’t Rock The Boat is one of the most strenuous physical challenges we’ve seen and will test our celebrities’ endurance to the limit.

“As well as a nail-biting race to the finish, we’ll also get to showcase the stunning scenery of the British isles. I can’t wait to follow this exciting adventure.”

Soccer Aid 2020, which sees professional footballers and celebrities take to the pitch, will also take place during the autumn after it was postponed from June and will play behind closed doors.

On ITV2, Love Island stars will look back at their best bits in a three-part special, while on ITVBe The Only Way Is Essex will return to twice a week and will celebrate its 10th birthday with a special reunion show and 10 special programmes, each looking at a year of the programme’s history, which will premiere on the ITV Hub.

Introducing a video showing previous highlights for the channel and upcoming dramas, Lygo added: “We’re in a better place than we thought we might be and while I haven’t got a crystal ball, I am hopeful that with a dozen or so dramas about to go back into production, we won’t be watching repeats of Midsomer Murders in January after all.”