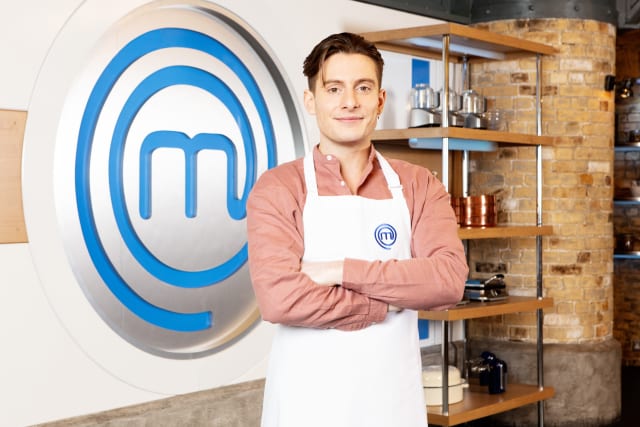 Riyadh Khalaf has spoken of his pride at winning Celebrity MasterChef, but admitted he will continue to make instant noodles from time to time.

The Irish-Iraqi broadcaster and internet personality fought off competition from 19 other famous faces during the 2020 edition of the BBC One series.

He faced two Olympic gold medalists – rower Sir Matthew Pinsent and hockey player Sam Quek – in Thursday’s finale, where they were challenged to prepare a three-course meal in two hours.

Khalaf impressed judges John Torode and Gregg Wallace with a starter of monkfish scampi in beer batter with wild garlic mayonnaise and a main course of beef fillet with port shallots, celeriac cream and a Parmesan tuile.

He finished with a dessert of white chocolate fondant with rhubarb poached in elderflower liqueur.

Recalling his win, Khalaf told the PA news agency: “I felt like I might faint, vomit, cry or scream – or all at the same time.

“And then when John said ‘It’s Riyadh’ I am in complete and utter shock.

“Not only is it an amazing thing and you have pride for yourself and it is joyful, but it is also terrifying because it’s a title that is going to with you for the rest of your life.

“I think what comes with that is the expectation that you will always only make amazing restaurant food.

“I’m the first one to put my hands up and say I love an instant noodle from time to time.”

The presenter has been an avid fan of the show since he was 14 and said he was drawn to its tension and the food’s “artistic flair”.

He said: “I used to come from school and secondary school and they would be doing the show and I loved it.

“It wasn’t necessarily aimed at my age but I was just drawn in by the tension and the artistic flair of the food.

“At that age I didn’t know who any of these celebrities were.

“I didn’t notice the difference between the celebrities and the regular MasterChef but it did stick with me and when the opportunity came up to be in it, I jumped.

“My agent, when she called me, we both collectively screamed.”

Khalaf, who is gay, also spoke of the impact he hoped his on-screen presence would have on young LGBT people.

He said: “I think back to when I was a kid watching TV and I had virtually no positive role models who I could look up to.

“I really truly believe that who I am, my identity and my feelings, were a curse and something that needed to be fixed and weeded out, a sickness even at one point.

“I think if I had had just one person that was respected and admired and talented and just a nice person in a elevated position, I could have looked at that guy, girl or person and gone: ‘Wow I can do that too.’”

Thursday’s final aired straight after the final semi-final, which saw contestants produce a plate of food inspired by their family.

He dedicated the dish to his Iraqi father who, after initially struggling with having a gay son, now accompanies him to Pride parades and campaigned for same sex marriage in Ireland.

Khalaf follows in the footsteps of last year’s winner Greg Rutherford, as well as stars including Angellica Bell and Kimberly Wyatt.