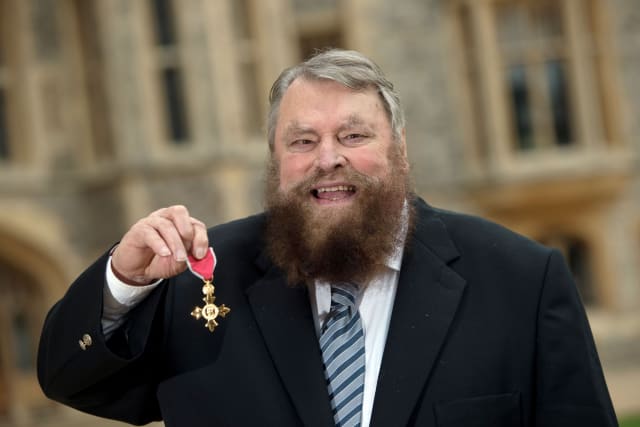 Christine Lampard has thanked Brian Blessed for "brightening up our morning" after the actor turned the air blue ranting about Covid-19 on live TV.

The 83-year-old actor told the virus to "bugger off" during an appearance on ITV's Lorraine on Thursday morning, prompting Lampard, who was standing in as host, to apologise to viewers.

Lampard later told her 540,000 Instagram followers: "It's almost the weekend! And a big thank you to #brianblessed for brightening up our morning and the personal Grampy Rabbit dedication too."

Blessed's outburst came as he appeared via video call to mark the 40th anniversary of cult film Flash Gordon, in which he played Prince Vultan.

After speaking of his admiration for the NHS, he said: "This Covid virus, I really want to say one swear word, bugger off.

"We will beat it, it will go away.

"I believe in the human spirit and we are showing immense courage in this country, down to the NHS."

Lampard promptly apologised, saying: "It has been the most extraordinary time.

"I'm sure some of us would use even a stronger word than that, but obviously we can't and we will apologise for any bad language."

The veteran actor, known for his booming voice and towering presence, was made an OBE in 2016 for services to the arts and charity.