What has happened to the West End’s biggest shows? 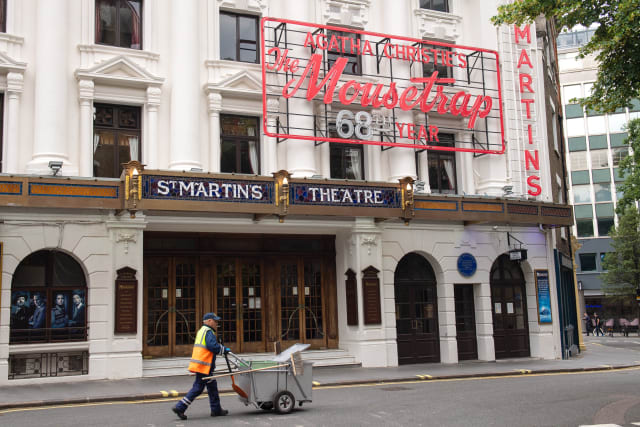 The coronavirus crisis has wreaked havoc in the West End, where theatres have been dark since March.

The most high-profile casualty is The Phantom Of The Opera, which is one of the longest running shows in London and draws audiences from all over the world.

Here is a look at what has happened to it, and some of the other major productions in the West End.

The Phantom Of The Opera

It has permanently closed as a result of the pandemic, alongside the UK touring productions.

Producer Cameron Mackintosh confirmed the news in an article in the Evening Standard, writing: “Andrew (Lloyd Webber) and I have had to sadly permanently shut down our London and UK touring productions of The Phantom Of The Opera, but are determined to bring it back to London in the future.”

In a statement on Twitter, Lord Lloyd-Webber wrote: “As far as I’m concerned Phantom will reopen as soon as is possible.”

Based on the 1910 French novel of the same name by Gaston Leroux, the show follows a beautiful soprano who becomes the obsession of a disfigured musical genius living underneath the Paris Opera House.

The show first began previews at Her Majesty’s Theatre in 1986 and has been a staple of the London theatre scene ever since.

Touted as the longest running show in the world, Agatha Christie’s The Mousetrap has played in London since 1952 and is soon set to return.

The murder mystery will reopen in the West End at the St Martin’s Lane Theatre on Friday October 23 with social distancing in place in accordance with government guidelines.

Producers have said that while it cannot be a long-term exercise, they believe it is a crucial first step in restoring live theatre to the London landscape.

The show was originally adapted from Christie’s radio play Three Blind Mice, written for the royal family in 1947, and finds a group of seven strangers snowed in at country guesthouse Monkswell Manor, after a murder in London.

They discover a killer is in their midst and one by one reveal their sordid pasts.

Another West End staple, the story of French peasant Jean Valjean celebrated its 30th anniversary in London in October 2015.

Now it will not return until 2021 because of the limitations of social distancing.

Mackintosh, his producing partners and Delfont Mackintosh Theatres have said they are starting a process of consultation over potential redundancies for all employees on the show, as well as their other productions.

Set in 19th century France during the revolution, the sung-through musical is adapted from French poet and novelist Victor Hugo’s 1862 novel of the same name.

A newer production in the West End but already a global phenomenon, the show tells the story of the first US Treasury secretary Alexander Hamilton.

Combining hip-hop, R’n’B, pop, soul and traditional showtunes, it first opened in New York in 2015 before debuting in the West End in 2017 to sell-out houses and long waits for tickets.

It will not return to the Victoria Palace Theatre until 2021.

However fans of the show can still enjoy it while theatres are closed. A filmed version of the original Broadway production is available to stream on Disney+.

Based on the hit Disney animated film, The Lion King opened at the Lyceum Theatre in the West End in 1999 after the success on Broadway.

The show features actors in animal costumes as well as giant, hollow puppets and the famous songs by Sir Elton John and Tim Rice.

Ambassador Theatre Group, whose productions include The Lion King, has said all performances at its venues have been suspended until September 20 and it will continue to work closely with health authorities and reopen as it is safe and appropriate to do so.

The show’s website is currently taking bookings for performances in November.