Samantha Morton: It is my duty to take roles that expose society 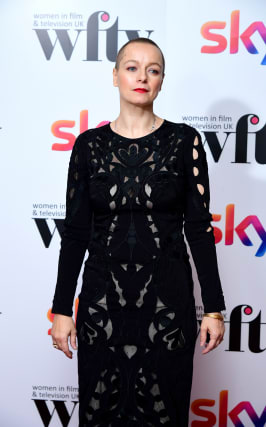 Morton, a star on both sides of the Atlantic, earned a Bafta TV award nomination for her portrayal of a struggling mother forced into sex work to pay off debts in Channel 4 drama I Am… Kirsty.

She said she wanted her career choices to educate herself and the audience.

Speaking during a virtual discussion with her fellow Bafta TV award nominees Glenda Jackson and Jodie Comer, she said: “I think it’s my duty to take on roles that are really, I suppose, exposing of elements of society that need to be looked at.

“That’s where I feel most comfortable but most empowered and like I’ve got a calling. ”

Morton, who grew up in a series of care homes in Nottingham, added: “I have this life where I’m acting and I live all over the world and I’ve done really well but, actually, those early years of trauma or things I witnessed never leave you.

“So if I’ve got an opportunity to make a drama about things I went through, then that’s amazing because that’s a platform to talk to the world, I suppose.”

Morton, who co-wrote I Am… Kirsty alongside Dominic Savage, said the drama is “about the state of the country right now” and discussed the power of television to move people.

She said: “People make documentaries all the time and they’re brilliant and they’re wonderful and people watch them and they like them.

Morton is a two-time Oscar nominee as well as a Golden Globe winner, among other awards.

The 43-year-old said she disagrees with comparisons between TV and film, arguing the small screen should be celebrated in its own right.

And  Morton, who revealed she will be watching the virtual Bafta TV awards ceremony with a glass of wine while wearing an “old, lovely Stella McCartney thing,” reserved special praise for British TV.

She said: “I’m really proud of British television, I have been for years. And I think that we are groundbreaking in what we do, the roles that we write for women, the opportunities we’ve given to people. So I’m super proud.”

– The Virgin Media Baftas will be broadcast on BBC One at 7pm on Friday July 31.