Oliver Stone: I wouldn’t want to be a black man in the US with cops out there 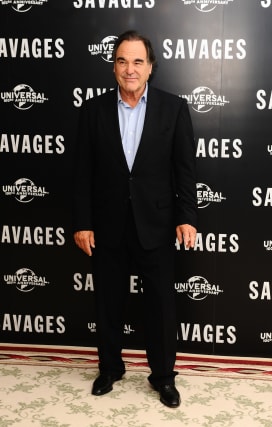 Oscar-winning filmmaker Oliver Stone has said he would not want to be a black man living in the US, describing the police as “out of control”.

The US director of films including Wall Street, Platoon and JFK said the country’s police force brought “the weapons of war to the street”.

Stone, who is publishing his memoir Chasing The Light, spoke on Good Morning Britain via video link.

He said he supported increased diversity in Hollywood but criticised studios for trying to enforce quotas.

He said: “I do but I don’t believe in quotas at all. I don’t think that works at all.

“Sometimes material crosses colour lines, it crosses race, it crosses sex – a movie is a movie and everything has its purpose.

“You can’t just make things formulas and quotas. That’s what the studios sometimes try to do, so it is a mess.”

He added: “I wouldn’t want to be a black man in America with the cops out there. I’ve run into cops enough in my life and it is pretty scary.

“They are damn right, they haven’t been respected.

“The police in America are out of control like the military is abroad. We bring the weapons of war to the street and this is not a healthy thing.”

Stone said US president Donald Trump was “a character beyond belief” and that it would be impossible to write a film about him “because he changes his character all the time”.

The director also claimed it would be “impossible” to make his films Platoon and Salvador in today’s Hollywood.

He said: “Hollywood has changed. When I did Platoon and Salvador I was blowing the explosives myself.

“We had no net. We had to. We were a low budget operation in a foreign country and we had to get it done at a certain pace.

“We were taking risks, but now it would be impossible. There are so many insurance clauses, so many advisers.

“They build the net so big the safety factor becomes the major issue. Insurance becomes more important than substance.

“In a sense, it is just overdone. There are too many people now.”

Stone said they hired a “crack” special effects team from England who would position the explosives before he detonated them on cue.