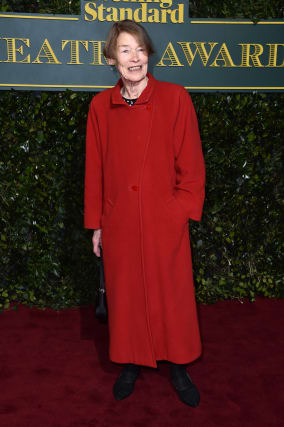 Jackson, 84, is one of the country’s most decorated performers, with a career on stage and screen spanning more than 60 years.

The  Elizabeth Is Missing star, who is nominated for best actress at the Bafta TV awards, said while in other industries and professions women had made strides towards equality, the arts are lagging behind.

Jackson said: “I think certainly if one looks at theatre and not just in this country, but contemporary dramatists don’t find women interesting enough to make them the central dramatic engine.”

Jackson, the winner of two best actress Academy Awards, said there have been changes in how women are treated in television but success is still viewed as “something remarkable”.

Speaking during a virtual discussion alongside her fellow Bafta TV award nominees Samantha Morton and Jodie Comer, Jackson said: “When a woman is successful she is deemed to be the exception that proves the rule. If a woman fails then it’s just par for the course.”

Jackson said all women face “particularly high barriers” but that for those in acting and the creative arts “those fences are still very high”.

She added: “Those ceilings are still there and it’s ludicrous. It isn’t as though women can’t do it, it’s just that those who still, far too often, sit in the decision-making chair, still have to be persuaded in a way that would never occur to them, as far as a man was concerned.”

Jackson returned to TV for the first time in 27 years to star as an elderly grandmother struggling with dementia in the BBC’s small screen film Elizabeth Is Missing, an adaptation of a book of the same name.

Her heartrending performance earned rave reviews. Jackson, a Labour MP from 1992 to 2015, admitted she was worried about a return to TV after so long away.

Asked if spending more than two decades in politics had changed how she viewed the acting industry, Jackson said: “Good God, no. I mean the egos you see going up and down the corridors in Parliament wouldn’t be tolerated in a professional theatre or on a professional cinema stage for 30 seconds.”

– The Virgin Media Baftas will be broadcast on BBC One at 7pm on Friday July 31.