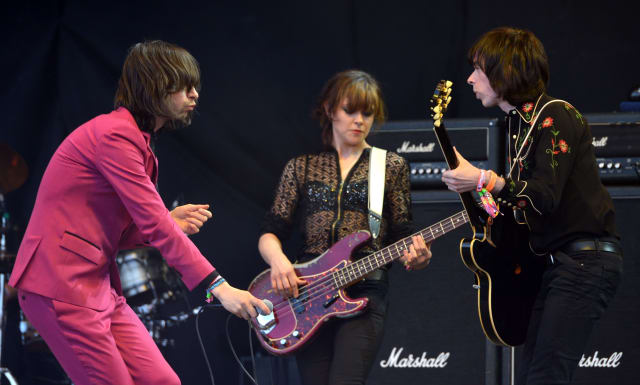 Johnson, who was found dead on Monday, was known for her work on the band’s critically acclaimed 1991 album Screamadelica.

She also featured on records from some of her home town’s biggest bands, including New Order.

A statement on Primal Scream’s Twitter page said: “We were sad to hear about the passing of Denise Johnson. Our condolences to her family and friends.

“Denise’s vital contributions to our Screamadelica & Give Out But Don’t Give Up albums and tours are a testament to her talent. Precious Memories.”

Her solo acoustic album, Where Does It All Go, is set to be released in September.

Johnny Marr and Peter Hook are also among music stars who have paid tribute to the singer.

A statement from her family said Johnson “died suddenly” and had been “ill in the week prior to her death, but told friends she was ‘much better’ on Friday”.

No cause of death was announced.

Former Smiths guitarist Marr said it had been a “privilege to work with her”.

He tweeted: “Such sad news about our dear friend Denise Johnson. Playing alongside her was something else.”

Hook, former bassist of New Order, said: “Shocked and saddened to hear about Denise – my heart goes out to the Johnson family for their terrible loss. Rest in peace Denise, singing with the angels. X.”

Johnson sang alongside Manchester band A Certain Ratio for more than 25 years, according to her family’s statement.

The band asked fans to “spend some time listening to her wonderful voice, remembering her loving nature and infectious sense of humour”.

Rowetta, a singer known for her work with The Happy Mondays, said Johnson’s death was “sad, sad news”.

She tweeted: “I have so many great memories of Denise from when we were young. We just used to sing & laugh like naughty schoolgirls all the time. A great loss to Manchester and music. My condolences to her family & loved ones.”

Bernard Butler, best known for his work with Suede, asked Johnson to perform on his album.

“I am saddened to hear of Denise Johnson’s passing,” he said. “I invited her to sing on my album because I heard her voice when I wrote the songs.

“I didn’t ask for a backing singer; I asked for Denise Johnson. She was beautiful and alive and I am grateful my music was touched by her beauty.”

It added: “She was a beautiful person with a huge talent. Her voice graced many of our albums and live shows and that of our friends. We will miss her dearly.”

Electronica act 808 State said Johnson’s “voice sews so many memories together in many contexts”.