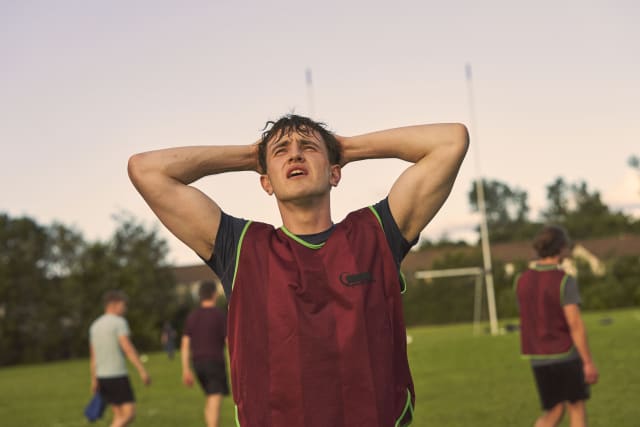 Normal People actor Paul Mescal thanked co-star Daisy Edgar-Jones after he was nominated for an Emmy.

The BBC drama picked up four nominations, with Mescal, 24, recognised as well the show’s casting, directing and writing.

However, 22-year-old Edgar-Jones, who earned widespread critical acclaim for her portrayal of Marianne, missed out on a nod in a category packed with A-list talent.

Mescal, who played Marianne’s love interest Connell, was quick to thank his co-star.

Alongside a screenshot from the show of his character in tears, Mescal wrote: “My actual face right now!”

He thanked the show’s producers before tagging in Edgar-Jones and writing: “This only exists because of you and your extraordinary talent it’s as simple as that! Thank you all x.”

Irish star Mescal is nominated for lead actor in a limited series or movie.

He faces A-list competition in the form of Hugh Jackman (Bad Education), Mark Ruffalo (I Know This Much is True) and Jeremy Irons (Watchmen).

Normal People, which first aired on BBC Three in April, focuses on the on-again off-again relationship between Irish teenagers Marianne and Connell, beginning in their school days through to their time at university.

An adaptation of Sally Rooney’s best-selling 2018 novel, it achieved almost cult status on both sides of the Atlantic and the chain Connell wore throughout the series spawned an Instagram account that has more than 187,000 followers.

During Tuesday’s Emmy nominations, director Lenny Abrahamson was recognised for his work on episode five, Rooney and Alice Birch were honoured for their writing and Louise Kiely for casting.

The show failed to score a nomination for outstanding limited series.

Its nominations were celebrated by Irish Taoiseach Micheal Martin.

He tweeted: “Delighted to see #NormalPeople  nominated for 4 #Emmys awards. A beautiful and heartfelt adaption of Sally Rooney’s novel which resonated with people in Ireland and across the world. Congratulations.”