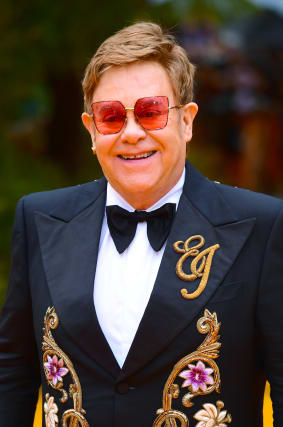 Sir Elton John and Sir Mick Jagger are among the leading musicians calling for politicians to stop the unauthorised use of music at campaign events.

High-profile figures from across the music industry signed a letter addressed to major political party committees in the US, as the country prepares to go to the polls in November.

The letter, shared on the Artist Rights Alliance website, warns politicians who continue to use music without permission are in danger of breaking copyright law and, in some cases, trademark infringement.

More importantly, the letter states, falsely implying the support or endorsement of a musician is “dishonest and immoral”.

It reads: “Being dragged unwillingly into politics in this way can compromise an artist’s personal values while disappointing and alienating fans – with great moral and economic cost.

“For artists that do choose to engage politically in campaigns or other contexts, this kind of unauthorised public use confuses their message and undermines their effectiveness.

“Music tells powerful stories and drives emotional connection and engagement – that’s why campaigns use it, after all! But doing so without permission siphons away that value.”

Use of music on the campaign trail has become a frequent point of contention in recent years.

President Donald Trump has repeatedly drawn the ire of musicians for the unauthorised use of their work, with the Rolling Stones and Neil Young threatening his campaign with legal action.

The letter adds: “No politician benefits from forcing a popular artist to publicly disown and reject them. Yet these unnecessary controversies inevitably draw even the most reluctant or apolitical artists off the sidelines, compelling them to explain the ways they disagree with candidates wrongfully using their music.

“And on social media and in the culture at large, it’s the politicians that typically end up on the wrong side of those stories.”

The letter asks both the Democrats and Republicans to establish policies to ensure politicians secure permission before using songs at their events and sets a date of August 10 for stating how they plan to implement the changes.