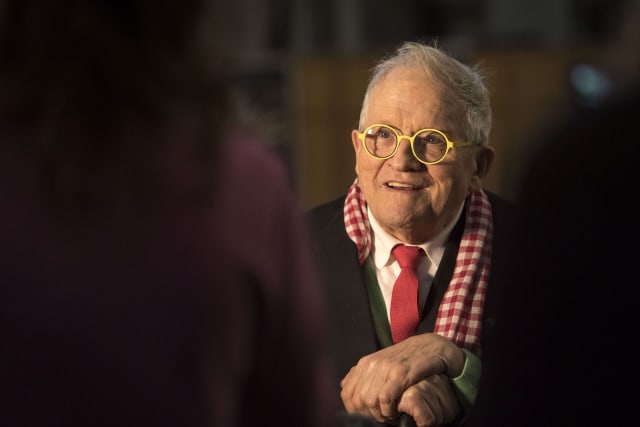 The Prime Minister has launched an obesity crackdown, with an end to confectionery displays at store checkouts and a ban on adverts for foods high in fat, sugar and salt on TV before 9pm.

Health Secretary Matt Hancock has said that if everyone who is overweight sheds five pounds, it could save the NHS more than £100 million over the next five years.

Hockney, 83, wrote in a letter to The Daily Telegraph: “Bossy-boots Hancock and bossy-boots Boris are suggesting if everybody loses five pounds it would save the National Health Service £100 million.

“I can’t see how this could be measured; the NHS is what it says, a national service.

“If no-one smokes, eats chocolate or butter, cheese and bacon, they might live to be 104. Call that living?

“Bossy-boots always want to take the sweet things out of life, and remember that the ultimate bossy-boots is a slave owner.

“The National Health Service will always have to deal with births and deaths, the final cause of death is birth.”

He signed off the letter: “Love life.”

Earlier this year, the artist suggested that smoking helps protect people from Covid-19.

His message was rejected by Deborah Arnott, chief executive of the charity Action On Smoking And Health (Ash).

She said endothelial dysfunction was implicated in Covid-19 and so smokers were at higher risk of complications.

“David Hockney is a very heavy smoker… but this is risky advice for others to take,” she said.

“If you quit, endothelial function in the linings of small arteries in the blood system improves rapidly.”