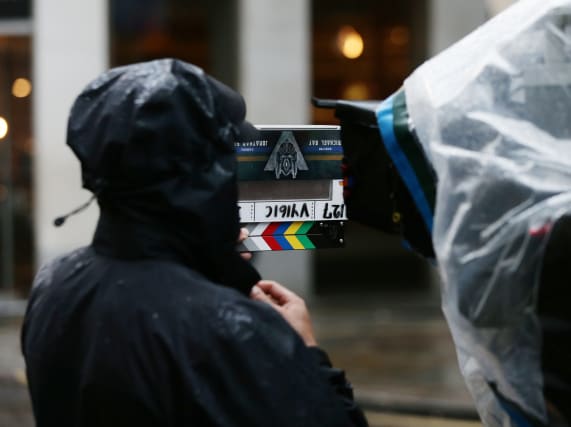 A £500 million scheme aimed at getting film and television production back up and running has been announced by the Culture Secretary.

The funds will be used to assist companies who are struggling to secure coronavirus-related insurance.

The Film and TV Production Restart Scheme funding will be available to productions made by companies where at least half of the production budget is being spent in the UK.

Once productions have restarted, the funding will be used to compensate companies where costs are incurred due to projects being delayed or abandoned.

“It will fill the gap left by the lack of available insurance and cover coronavirus-related losses for cast members and crew illnesses and filming delays or disruptions caused by the ongoing battle against the virus,” a statement from the Department for Digital, Culture, Media and Sport (DCMS) said.

The film and television industry supports more than 180,000 jobs and contributes more than £12 billion to the economy each year, according to the department.

“Our screen industries are high growth, jobs creating and showcase the best of British creativity and innovation, and I’m pleased we can give them this jump-start to get the cameras rolling again on this £12 billion industry.”

Chancellor Rishi Sunak said it is “vital” productions get back underway following the lockdown.

“This targeted scheme, which will help fill the gap created by the lack of available insurance, will help protect tens of thousands of jobs, from actors and directors through to camera operators, costume designers and runners.

“The sector is worth over £12 billion to the UK economy, so it’s right that we do what we can to help them reopen and get back to making the films and shows that we all love.”

The move was welcomed by the British Film Institute (BFI) and Pact, a trade body for film and TV companies.

BFI chief executive Ben Roberts said: “Given the significant contribution of film and TV production to the UK economy, there has been a huge joint effort on the part of Government and industry to get production restarted.

“The issue of securing coronavirus-related insurance quickly emerged as the biggest hurdle for independent producers – and a major priority for the Screen Sector Taskforce – so the Government’s £500 million scheme is really good news for our production business, jobs and for the economy.”

Pact chief executive John McVay said the announcement is “very welcome news” and shows the Government has listened to the industry’s concerns.

While the coronavirus pandemic meant that the film and TV industry had to grind to a halt, some productions have got back up and running.

DCMS also announced further details of how organisations can access funds from the previously announced £1.57 billion support package for the arts.

In the first round of support £622 million of funding will be distributed.

Independent cinemas will be able to apply for the BFI’s £30 million grant scheme, while The National Lottery Heritage Fund and Historic England will deliver £92 million of grants to protect heritage sites.

A further £258 million will be distributed later in the financial year.

Labour’s shadow culture secretary Jo Stevens welcomed the move to restart productions, but said the announcement “still leaves many in the dark” and that funding for freelancers remains the “missing piece in the jigsaw”.