Maya Jama: I should have gone off the rails after my boyfriend died 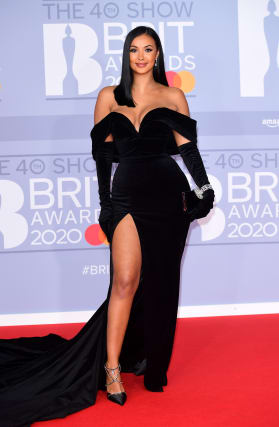 Maya Jama has said she “statistically should have gone off the rails”, after her boyfriend was shot dead outside a pub when she was 16.

The TV presenter said she thinks it was her career that saved her because it gave her something to look forward to.

She told Cosmopolitan: “When I was 16 I went through a lot. With my boyfriend passing, it gave me a fearless approach to things. I felt like life was really short.

“Out of everything that [has] happened in my life, that was a reality check on a massive scale.

“At 16 you think the world is a fairytale and it took me out of that. It made me even more determined.

“If it hadn’t been for going through those difficulties, my whole perception of life would be different.

“I don’t let myself get wound up over smaller things because I know what it’s like to feel actual pain. I don’t dwell on a lot.”

She added: “Statistically I should have gone off the rails then, and it feels like my career was the thing that saved that from happening because I had hope and there was something to look forward to.

“When you go through trauma, if you don’t have something to look forward to, that’s when you can get stuck in a rut.”

Jama, who dated grime star Stormzy for four years, said her experience of having a high profile relationship has made her cautious about future romances.

She said: “It makes me nervous [about] who I’m going to be with next, because if they aren’t in the public eye already, maybe they’re going to be brought into [it]. It’s made me extra careful.

“I was 20 when I got into that [with Stormzy]. Now life is different. Even social media is bigger. It’s going to be harder to keep things private but I’ll do my best.”

She added: “We met before it was in the public eye. It felt like a normal relationship, and then, ‘Oh shit, everybody’s talking about us!’ We did everything that normal couples do, it was [just] on a bigger scale.

“When we were together, we did make a point of not making it just about the relationship. We both had separate careers and tried to keep our work as separate as possible. I’ll always try and keep it that way.

“You do want to keep some stuff private because it’s your life. [People] will still make up their own assumptions and opinions but at least I know it’s not come from me, so hopefully the smart people can realise.”

The September issue of Cosmopolitan is on sale from July 30.