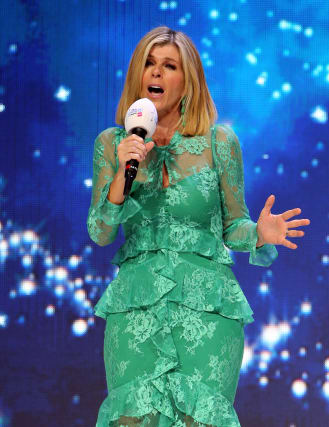 Kate Garraway has said she is at her “absolute limit” after a tyre on her car blew out while she was driving on a motorway.

The Good Morning Britain host was returning to London when she felt as though she was losing control of the vehicle.

“You know people say that God and the universe doesn’t send you what you can’t deal with?” the 53-year-old told co-presenter Ben Shephard.

“I’d just like to put a message out: I’m at my limit. I’m at my absolute limit now.”

Garraway, whose husband, Derek Draper, has been in hospital since March with coronavirus,  said: “It was the first time I’d been out with the kids, in the car, leaving London.

“We were going to meet some friends in Kent in a socially distanced way.

“On the way back … we suddenly exploded,” she said of the tyre.

“It’s that moment when you think ‘I can’t control the car’ … (there was) smoke, bits of rubber flying everywhere.

“I don’t think it was smoke but it looked like smoke. It could have been burning rubber.

“I managed to pull over but it just happened to be on the section of the motorway we were on, there wasn’t a hard shoulder and there was a feeder road.

“So I was nervous of people coming up on the inside … I called the AA and the drama unfolded and that’s when you feel a bit panicky because you’re in live traffic.

“Sometimes you have a bank which you can scramble out on to but we didn’t have that, unfortunately.

“We were rushing back because we were conscious of getting back to London to check on Derek and my mum and dad were coming for their first visit,” she told the ITV show.

On Instagram, Garraway thanked Kent Police for coming to the rescue, towing the vehicle to safety, adding that the incident was “utterly terrifying”.

AA president Edmund King said: “Immediately that our AA control centre realised that Kate Garraway and her family were in a highly dangerous location on a motorway without hard shoulder, we called the police.

“This shows the dangers of breaking down in a live lane and why we have campaigned vigorously for more emergency refuge areas on smart motorways.

“We are delighted the police did a great job to move them off the motorway and Kate and her family are fine.

“This frightening incident shows the importance of hard shoulders or adequate emergency refuge areas and is also a good reminder for all drivers to check the pressure and condition of their tyres.”

It comes after Garraway revealed that nurses had told her that her 52-year-old husband looked “focused and engaged” when they put GMB on for him in hospital.

Garraway said Draper had endured a “tough week” following “big falls” in his blood pressure and swelling in his legs.