Emeli Sande: I became conscious of being judged for my skin colour aged five 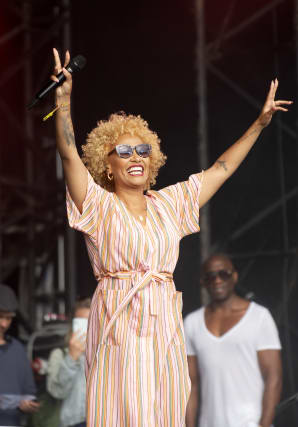 Emeli Sande has spoken of her own experience of racism, saying it “seeps into the consciousness of its victims”.

The 33-year-old singer told Radio Times magazine of the “first time I became conscious that my skin colour can determine how people judge me”.

She said she was “five and in the playground at primary school in Scotland, and two boys shouted ‘Monkey’ at me”.

“I was upset and didn’t know what to do because, if you’re already different from everybody else, you don’t want to cause a bigger problem. But my friend told the headteacher, who then told my parents.”

Sande’s parents told her afterwards: “Sadly, this is how the world works.”

“That was the beginning of my version of ‘the Talk’, the conversation many black and mixed-race parents – my father is black, my mother white – are obliged to have with their children.”

The Read All About It singer said she hoped there had “been some kind of awakening and understanding of what black people may have been suffering silently” because of the Black Lives Matter protests.

She told the magazine: “Racism is so pernicious that it seeps into the consciousness of its victims.

“It breaks my heart when you see brown children sit in front of a brown doll and a white doll, and when asked which doll is bad they go for the brown doll.

“This is something that is being taught to them everywhere they look in society – how else could they have that kind of low self-esteem and self-image?”

She added: “You might argue that we need a version of ‘the Talk’ for all children, white and black. Perhaps the better way is just for everybody to learn more about each other. That’s what I hope Black Lives Matter has achieved.”

– The full interview is in this week’s Radio Times magazine, out now.