David Harewood: The industry is not here to support black actors 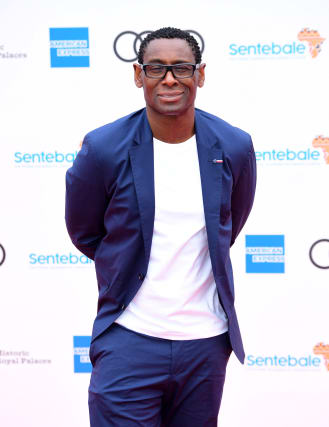 David Harewood says he had to leave the UK because “there just isn’t the industry to support” black actors.

The star, 54, found fame as CIA’s counter-terrorism chief David Estes in the US drama Homeland.

He told The Joe Wicks Podcast that “my agent was always saying you need to get to America.

“That’s why the major black actors in the UK leave, there just isn’t the industry to support us.”

Harewood said it was disappointing to see how some Formula 1 racing drivers did not take the knee.

“It really brought it home to me that they just fundamentally don’t understand what the issue is.

“I’m not saying they are racist, they’re not… there were four or five drivers standing whilst Lewis (Hamilton) and all the other drivers were kneeling, it just looked weird.

“If we don’t all stand together and say we are all standing against racism, I don’t really see what the point is.”

He said of the UK: “Racism and its effects still isn’t really understood here, and because our system is essentially a class-based system it gets swallowed up in that paradigm, as the working class will say, ‘Well, join the queue’.

“It is a particularly different struggle, so it is very difficult to get people to acknowledge that there is a specificity to racism and how it affects people of colour in this country.”

– The Joe Wicks Podcast is available now on BBC Sounds.