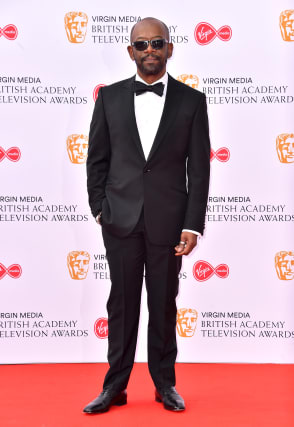 Fear The Walking Dead’s sixth season will premiere in October, it has been announced.

The popular TV horror series – a spin-off from The Walking Dead – will launch in the US on October 11.

No UK date was announced during the post-apocalyptic show’s Comic-Con@Home panel on Friday.

Stars Lennie James, Alycia Debnam-Carey, Colman Domingo, Danay Garcia, Karen David, Jenna Elfman and Ruben Blades took part in the panel, which was held virtually after the physical Comic-Con was cancelled due to the coronavirus pandemic.

Fans were given a fresh look at the upcoming season through a grim new trailer, featuring the usual mix of human-on-zombie violence as well as human-on-human.

It revealed British actor James’ character Morgan Jones now has a violent bounty hunter on his trail and ended with his eyes turning red.

Chambliss also revealed producers were almost finished shooting the first half of season six of Fear The Walking Dead before the pandemic halted work.

All episodes are written, he said, and shooting will resume when it is safe to do.