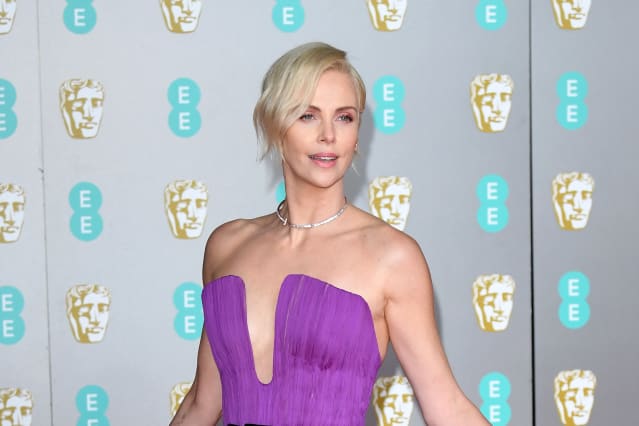 Charlize Theron said producers on The Italian Job remake tried to make her do six weeks more car training than her male co-stars.

The Oscar-winning actress appeared in the 2003 heist film alongside a cast including Edward Norton, Jason Statham and Mark Wahlberg – who Theron says threw up after one intense session behind the wheel.

Like the classic 1969 original starring Sir Michael Caine, cars featured heavily in The Italian Job remake – and the stars performed a lot of their own driving.

During a Comic-Con@Home panel looking back at her career as an action movie star, Theron said she was insulted when she realised producers had her down for much more behind-the-wheel training than her male co-stars.

She said: "For sure, The Italian Job was a great experience, in the sense that I realised there was still so much misconception around women in the genre, even though in that film the action is really based on cars.

"We had to physically do a lot of that stuff. The only good thing that came out of that experience was that there was a real pressure to pull off those stunts with the actors.

"And that was the first time I experienced anything like that. But, there was a very unfair process that went with that. I was the only woman with a bunch of guys and I remember vividly getting the schedule in our pre-production and they had scheduled me for six weeks more car training than any of the guys.

"And it was just so insulting. But it was also the thing that put a real fire under my ass. And I was like 'alright, you guys wants to play this game? Let's go'. And I made it a point to out drive all of those guys."

Theron said she was proud of her driving in the film, and claimed the intense training sessions behind the wheel led to Hollywood leading man Wahlberg pulling over and throwing up.

After completing one particularly impressive stunt, Theron said: "It was a huge moment of feeling like 'yeah, we can do all of that stuff'. And women are so unfairly thought of or treated when it comes to the genre."

South Africa-born Theron, 44, discussed her wider career during the panel and reflected on how Hollywood had changed since she entered the industry.

She won her best actress Oscar for a portrayal of a serial killer in 2003's Monster and then went on to make action movie Aeon Flux, which was a critical and commercial failure.

However, Theron, whose latest film The Old Guard has proved to be a hit on Netflix, said the perception of female action stars has since changed.

She added: "The good news now is that we've kind of changed the genre for women. I think there's great evidence where we now know you can't hide behind ignorance anymore. Audiences love these films."