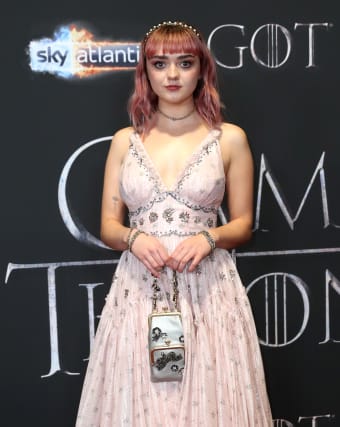 X-Men spin-off The New Mutants is sticking to its August release date despite the tumult caused by the coronavirus pandemic, producers said.

The long-awaited film was originally set to launch in 2018 but has become notorious for suffering a number of delays.

During the movie’s Comic-Con@Home panel, it was announced The New Mutants was still aiming for release on August 28.

However, a caveat was added. “Fingers cross,” an on-screen message read.

The release date news came as Disney updated its upcoming slate of films and removed Mulan as the entertainment industry continues to adapt to the pandemic.

The New Mutants is set in the X-Men universe and follows five young mutants trapped in a secret facility. It is directed by Josh Boone and boasts a stellar cast including Maisie Williams, Anya Taylor-Joy and Charlie Heaton.

They were joined by co-stars Blu Hunt, Henry Zaga, and Alice Braga for the Comic-Con panel.

Fans were rewarded for their patience by being able to watch the film’s opening sequence, which begins with Hunt’s character, Dani, being awoken when her home on a Native American reservation comes under attack.

“Inside every person are two bears, forever locked in combat for your soul,” she says in a voiceover. “One bear is all things good: compassion, love, trust. The other is all things evil: fear, shame, and self-destruction.”