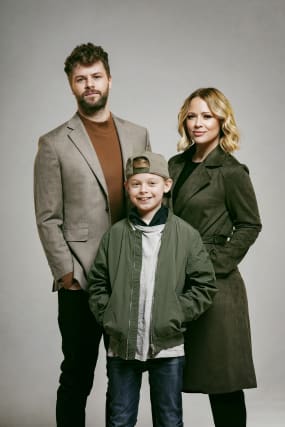 The cast and crew of a musical based on Sleepless In Seattle and starring Jay McGuiness and Kimberley Walsh are to be tested for coronavirus every day during rehearsals and the run of the show.

Sleepless: A Musical Romance will open in September with a socially distanced audience wearing masks.

The show was due to open at the Troubadour Wembley Park Theatre on March 24 but was delayed because of the coronavirus pandemic.

The cast, musicians, crew and theatre staff will be tested on a daily basis during rehearsals and the show’s run, using a kit called FrankD (Fast, Reliable, Accurate, Nucleic-based Kit for Covid19 Diagnostic Detection).

Testing will be carried out on site and results will be sent directly to crew, cast and staff phones via a secure app called Yoti, within an hour of a swab being taken.

Michael Rose and Damien Sanders, from show producer Encore Theatre Productions, said: “We are so excited to be leading the way for our industry and to be the first fully-staged, indoor musical back up and running, and we have been working around the clock to make it possible.

“Uppermost in our minds has been the safety of our cast and crew, and this new fast and accurate technology from GeneMe allows us to lead the way once more with daily Covid testing of our cast and crew which can give everyone involved peace of mind and create a happy and safe working environment.

“This technology is currently being trialled by airports, government departments, sports teams and multinational companies in the UK and we are delighted to be the first to trial the system in the theatre and live event industry.”

It was previously announced that audiences will be temperature-checked on entering the building and will be required to wear face masks.

Food and drink orders will be contactless, hand sanitiser will be available around the building, and all areas of the venue will be deep-cleaned after each performance.

All cast, crew and audience will be sent the most up-to-date safety measures and instructions 48 hours prior to arrival and the venue will be set up accordingly.

The new musical is based on the screenplay of Sleepless In Seattle, which starred Tom Hanks and Meg Ryan.

The book is by Michael Burdette, and music and lyrics by new British writers Robert Scott and Brendan Cull will feature a 12-piece jazz orchestra.

Producers have previously announced that they will hold a special NHS Gala, A Night For Sleepless Heroes, for NHS and care workers on August 27.

– Sleepless: A Musical Romance will run from September 1 to 27, with previews from August 25.