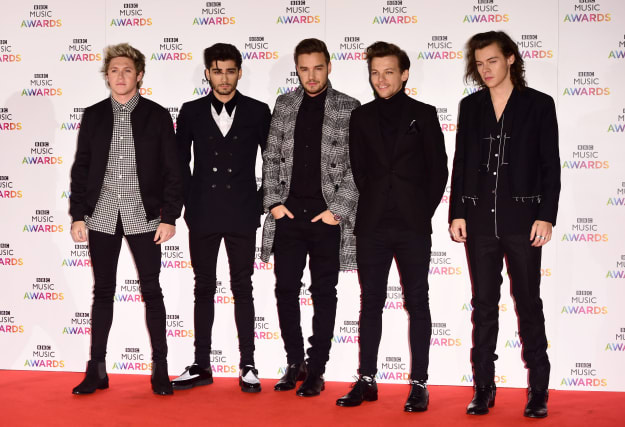 Harry Styles has said he “couldn’t be prouder” of his former One Direction bandmates as the group celebrated their 10th anniversary.

The group, which was originally comprised of Styles, Niall Horan, Zayn Malik, Liam Payne and Louis Tomlinson, was formed by Simon Cowell on The X Factor.

Marking the milestone on Instagram, Styles said he had been “struggling to put into words how grateful I am for everything that’s happened over the last ten years”.

He added: “I’ve had the pleasure of meeting and working with some of the most incredible people, and gained friendships that I know I will treasure for the rest of my life.

“None of this would be possible without the support you’ve given along the way.

“And for that, I will be forever thankful.”

Styles said he “can’t believe it’s been ten years” and signed off his message saying: “And finally, to the boys, I love you so much, and I couldn’t be prouder of everything we achieved together.”

Payne also marked the anniversary on Instagram, sharing a screenshot of a text message he sent to his father on the day he joined One Direction, reading: “I’m in a boyband.”

“What a journey… I had no idea what we were in for when I sent this text to my dad years ago at this exact time the band was formed,” he said.

“Thanks to everyone that’s supported us over the years and thanks to the boys for sharing this with me.”

Horan also shared a photograph of the band on stage together as he reminisced about the “unbelievable memories” they had together.

He wrote on Instagram: “When I met these four gents there was no way I thought we would go on to do what we did.

“We felt the adoration of millions from around the planet on a daily basis and it was mind blowing.”

Their last televised performance together was in December 2015.

On Thursday it was revealed that the band’s debut single What Makes You Beautiful is their most played track in the UK.

Music licensing company PPL said the 2011 hit came out on top of other songs including Story Of My Life and History.