Liam Payne: I had to grow down when I joined One Direction 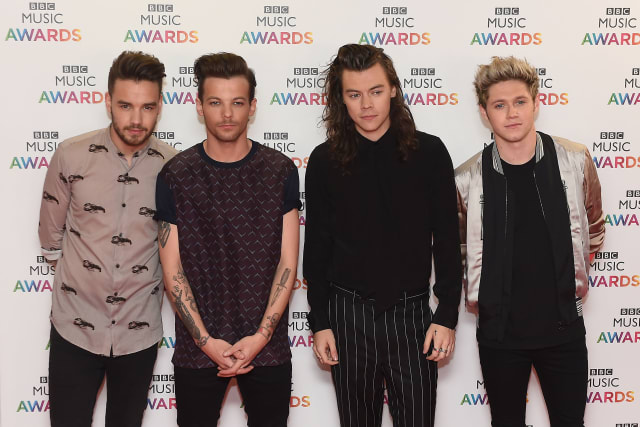 Liam Payne has said he thinks he had to “grow down” when he joined One Direction, as he reflected on the band’s 10-year anniversary.

The singer teamed up with Harry Styles, Louis Tomlinson, Niall Horan and Zayn Malik in the 2010 series of The X Factor when he was 16.

Malik eventually quit the band in 2015 and the group went on hiatus in January 2016 to pursue solo projects.

Sharing his first impressions of the other members of the band while speaking on Capital Breakfast, Payne said: “At first, I don’t know why but it was so confusing to me that Niall was from Ireland, I was just thinking ‘how is this going to work? He’s from a whole other country’.

“And then we had a conversation where we decided we would measure each other’s height because that is what it would be in photographs, who would be in the middle.

“I remember being in hotel rooms and plates were being thrown out the window and down the stairs and it was really a crazy time and a lot to get used to and, for my head at least, I was a bit too grown up in that sense.

“I needed to grow down and have a little bit of fun because that was what it was all about and in the end that is what everyone chimed in with the band, it was more about this freedom and having fun and what would you do if you were in this position.”

“My dad likes to think he’s a bit of a Simon Cowell, which is hilarious and it went really well, I think I got a standing ovation from all the judges except for Cheryl, funnily enough.

“We spoke about it and there was another act that Simon didn’t stand up for and she was really angry at him from earlier on so she didn’t stand up. Not that I hold it against her or anything.”

He also revealed his favourite One Direction song, saying: “There is a song called Once In A Lifetime, which isn’t one of our biggest and we’ve never performed it live or anything like that but it really holds a special place in me.

“It’s more the lyrics, when everything is just right in that moment, and being in the band at points it felt really safe and felt a lot like that. If I’m really drunk and I’m playing One Direction songs in an Uber on the way home, that is what I listen to, telling my Uber driver war stories.”

Asked if he ever imagined his life today is how he had imagined it to be a decade later, he said: “I can remember in interviews people would be like ‘Where do you see yourself in 10 years’ time?’ and it definitely was not here.

“For my side, I can only say thank-you to all of our amazing fans for putting us into this and for all the love and joy for One Direction, for all the love that’s been since we’ve gone solo and done our own thing, it’s just amazing.

“I think there was some record that we broke for each of us having a song in the top 40 in America and you can’t take those moments for granted because they just don’t happen, seeing the worldwide trends starting from yesterday and seeing the love for us is still there. Most people struggle to hold a job for 10 years so for me I just feel so thankful to be here.”