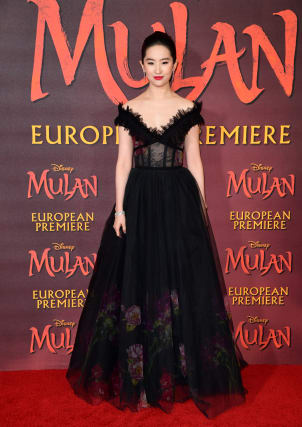 Disney has postponed the release date of its blockbuster Mulan remake indefinitely amid a surge in coronavirus cases across the US.

It was part of a wider reshuffle by the entertainment giant, as it also pushed back four Avatar films and three untitled Star Wars movies.

This is the fourth delay for Mulan, which was on the verge of release on March 27 when the pandemic closed theatres around the world.

Disney then moved it to July 24 before switching to its most recent date of August 21.

Mulan, which stars Lui Yifei in the lead role, has now been postponed indefinitely. A Disney representative said: “Over the last few months, it’s become clear that nothing can be set in stone when it comes to how we release films during this global health crisis, and today that means pausing our release plans for Mulan as we assess how we can most effectively bring this film to audiences around the world.”

Disney also pushed back a stream of other releases. James Cameron’s Avatar 2 – a sequel to the 2009 film that was at the time the highest-grossing movie ever – has been delayed a year to December 2022.

The other films in the franchise will be released every other December, Disney said, finishing with Avatar 5 in 2028.

Three Star Wars films were also delayed. The first untitled movie has shifted from December 2022 to a year later, while the two others will be released in December 2025 and December 2027 respectively.

Other delayed films include Sir Ridley Scott’s historical thriller The Last Duel, which stars Ben Affleck and Matt Damon. That has shifted from December of this year to October 2021.

However, not all of Disney’s films were shifted to next year. Sir Kenneth Branagh’s adaptation of Agatha Christie’s Death On The Nile was pushed back two weeks to October 23 2020.

Theatre owners had hoped both movies would entice customers back through the doors after months of lockdown.

While cinemas in England were allowed to reopen from July 4 – as long as social distancing guidelines were followed – the picture across North America is much more uncertain.

New York City and Los Angeles, the two biggest markets in the US, have no concrete plans for reopening cinemas.