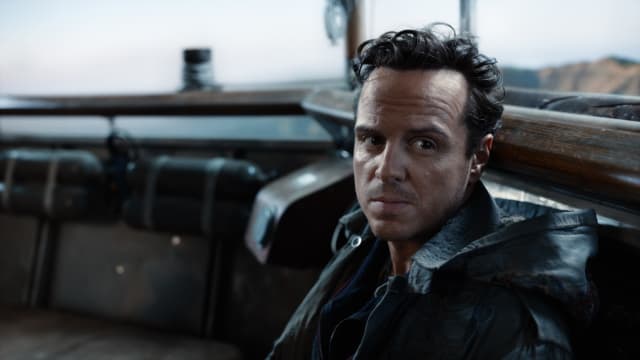 Andrew Scott has revealed he will be reuniting with his Fleabag co-star Phoebe Waller-Bridge when she voices his daemon in the second season of His Dark Materials.

The actor played the Hot Priest in Waller-Bridge’s hugely acclaimed comedy series and the pair are getting back together for the BBC and HBO’s adaptation of Sir Philip Pullman’s fantasy trilogy of novels.

During the His Dark Materials Comic-Con@Home panel, Scott, who will play explorer Colonel John Parry, said: “My daemon is going to be played by somebody who is very close to me in real life, which is a young performer and writer called Phoebe Waller-Bridge.”

He added: “I’m really thrilled about that because it’s all about companionship and friendship and loyalty and that’s what I feel about Phoebe in my real life so it’s wonderful that it’s happening.”

In the His Dark Materials universe, humans are joined by daemons, manifestations of the human soul that take the form of animals.

Waller-Bridge’s role is a small cameo, according to Entertainment Weekly.

Earlier during the panel, fans were shown a first glimpse of season two with a new trailer.

The second season is is based on The Subtle Knife, the second book in Sir Philip’s trilogy.

It stars Dafne Keen as Lyra Belacqua, a headstrong young adventurer who discovers a dangerous secret.

The trailer sees Lyra in a strange and mysterious abandoned city named Cittagazze.

The trailer warns: “These are strange new times.”

Dafne, 15, discussed how Lyra’s world was turned upside after being betrayed by her father at the end of season one.

“I feel like when you first meet Lyra, she’s a very outgoing person, she trusts very easily,” she said.

However, following the events of the season one finale, Lara “can trust no one, I can trust nothing”.

And Dafne revealed her on-screen relationship with the character of Will, played by Amir Wilson, brings out the best in Lyra.

She said: “Which is what is so beautiful about season two, it’s seeing how she starts off being so in her own shell and Will brings her out back into the world and back into Lara.”

Dafne’s actor father Will also stars in His Dark Materials as Father MacPhail while her mother, Maria Fernandez Ache, is also an actress.

She joked appearing on the show had given her a new appreciation for her own parents, considering the actions of Lyra’s.

“I have acted with my dad in the past,” Dafne said.

“I appreciate my parents after working on this because they haven’t killed anyone.”

Before the panel, it was announced that veteran actor Terence Stamp was joining His Dark Materials for season two, alongside Jade Anouka and Simone Kirby.