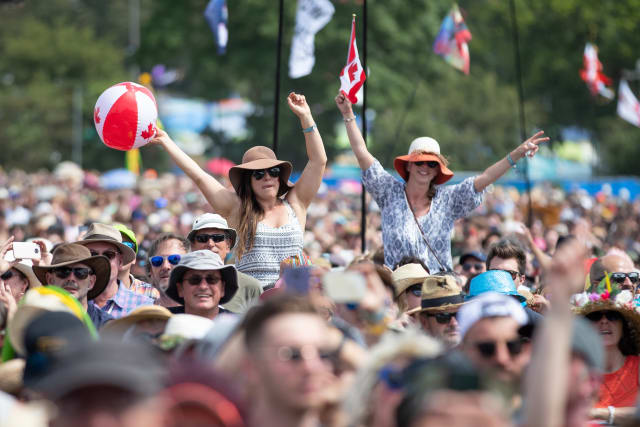 The live music scene has been “temporarily wiped out by social distancing”, the Musicians’ Union (MU) has warned in written evidence to an inquiry into the impact of Covid-19.

“Even with the Government’s plans to ease lockdown, it is difficult to see how many musicians will be able to return to work this calendar year,” it said.

The MU, which represents some 32,000 professional musicians, is one of a number of UK bodies to have responded to the Digital, Culture, Media and Sport Committee inquiry.

The Government announced last week that live indoor theatre and concerts will be able to resume with socially distanced audiences from August 1, but fears remain as to whether this will be financially viable for many venues.

In its evidence, the MU claimed most musicians have seen their work and income “dry up overnight”, with 45% of those who responded to its survey ineligible for Government assistance schemes.

The MU called for the Government to support pop-up gigs, busking and reduced-capacity events, and tackle “the unfairness of streaming”.

It said the pandemic had brought into “sharp relief” the fact musicians are sustained primarily through live performance and that streaming royalties are “woefully insufficient”.

In its submission, the MU urges the Government to undertake a review of streaming to ensure that “the music ecosystem is transparent and fair”.

UK Music, the body which represents the commercial interests of the music industry, described the impact of Covid-19 on the music sector as “catastrophic”.

“It was the first sector to be impacted by Covid-19 and it will be one of the last to emerge,” it said in its written submission.

It added that “the immediate impact of the Covid-19 epidemic on the sector has been devastating.

“The closing down of the spaces which act as an engine for the creation and promotion of music has had a catastrophic effect across the industry.”

UK Music also warned that without further support the retail music sector may be “completely or almost completely wiped out”.

It added: “This not only puts thousands of jobs at risk but will have ramifications across the wider music ecosystem.”

While UK Music welcomed Government support such as the business rate holiday and furlough schemes, it said there were issues with how they “interact” with the music industry.

“We are concerned that there are gaps in these schemes given the variety of live music venues and that there are those in the sector who desperately need support but will not be able to access this Government help,” it said.

It said existing schemes failed to recognise the portfolio nature of many music careers and argued that music industry workers should be able to qualify for a mix of Government schemes.

UK Music also highlighted the challenges facing music festivals in the coming year, warning that without long-term support many “will not survive the winter of 2020/2021”.

It said festivals were “hampered” by the insurance situation with many not covered for communicable diseases.

She said: “Losing connection with communities and investing partners means that orchestras are losing work putting their survival and musicians’ livelihoods at stake; communities are suffering.”

The body, which provides access to classical events, has so far lost 120 workshops and 50 concerts, with 48% of events unable to be rescheduled.

Mark Davyd, chief executive of the Music Venue Trust, warned that live music venues are in need of further support.

“We hope the Government will respond quickly with both the sector-specific support package required to pull grassroots music venues away from the cliff edge and the longer-term structured support such as the tax incentives required to support community ownership of our cultural infrastructure,” he said in a statement.