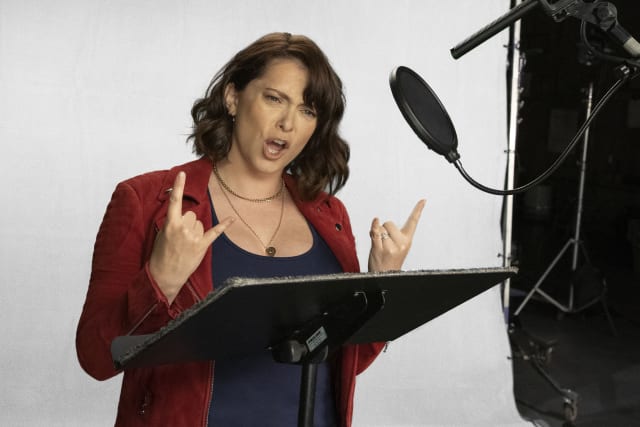 Actress Rachel Bloom has urged people to wear a mask to help stop the spread of coronavirus as she paid tribute to her late friend, the singer-songwriter Adam Schlesinger.

Schlesinger, best known for his work with the band Fountains Of Wayne, died in April after being diagnosed with Covid-19. He was 52.

Bloom, who lends her voice to animated family film Trolls World Tour, worked with Schlesinger on the Emmy-winning TV series Crazy Ex-Girlfriend and was heavily pregnant when the Oscar-nominated songwriter was placed on a ventilator.

He died shortly after she gave birth to her daughter. Bloom has now called on people to wear masks to help prevent further deaths from the virus.

“And for that reason, please wear a mask so that it remains something that seems distant and foreign because it is very much a real thing in my life.”

Bloom, 33, said there is “so much more to say” about father-of-two Schlesinger and admitted feeling anger at how the pandemic has been handled in the US.

She said: “He was in that first wave of people in New York and I know another person who died in the first wave and they just got… New York got destroyed. America is so polarised politically (but) it is truly bipartisan blame.”

She added: “So there’s a lot of anger because this was preventable.”

She joked the vibrant film, which is packed with music, would cause her newborn daughter’s head to “literally explode”.

Trolls World Tour received a limited theatrical run in the US in April while also being made available to rent due to the pandemic closing cinemas.

Bloom said she was glad the movie was available to give families a much-needed lift during lockdown.

She said: “I’ve heard from so many parents, I’ve seen so many parents on social media and parents that I know, that are so grateful for this movie coming out that it gives their kids, not only something to do but something to make them happy and dance around.”

Trolls World Tour is available on Blu-ray and DVD from July 27.