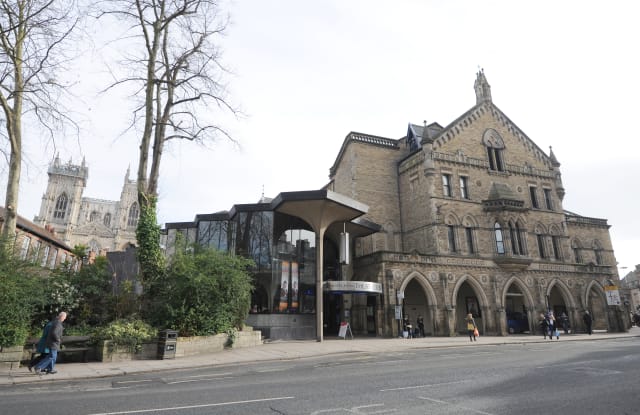 The York Theatre Royal has announced that it is entering into consultations with staff, which will “regrettably lead to some redundancies” as it has been unable to hold performances since mid-March.

The venue is one of the many casualties of the coronavirus pandemic as a number of theatres have announced they will be making employees redundant.

A statement on Twitter said: “York Theatre Royal is announcing today that, like so many theatres around the country, it is entering into consultations with staff that will regrettably lead to some redundancies due to the ongoing Covid-19 pandemic.

“The theatre has been unable to open its doors for performances since March 17 and, despite Government allowing the return of socially-distanced performances from August 1, the theatre’s survival will depend on it reducing costs significantly.”

“89% of York Theatre Royal’s annual income is generated through selling tickets and from revenue streams associated with welcoming audiences.

“A recent grant from the Arts Council England Emergency Fund supports the theatre to September 30, and no details have yet been announced of how the £1.57 billion Government relief package for cultural institutions will be distributed.”

Prime Minister Boris Johnson announced last week that indoor performances with socially-distanced live audiences will be allowed, subject to the success of pilots, from August 1, in England.

The arts also recently welcomed a £1.57 billion support package from the Government.

Tom Bird, the executive director of the York Theatre Royal, said: “Since 1744 the people of York have enjoyed, supported and celebrated this theatre.

“It is our job, as custodians of this great community asset, to do whatever we can to ensure its survival for the people of our city. All of the leadership team have taken big pay cuts, and we have maximised our use of Government schemes.

“It is devastating to me that in the coming weeks we are going to have to make some very difficult decisions.

“But the theatre can survive this and we will make sure that, when we are able to reopen our doors, York Theatre Royal will come roaring back with an epic programme to help re-energise our community’s creativity.

“I want to take this opportunity to thank the hundreds of people who are donating to the theatre at this time, as a result of our heightened fundraising messages. This is making a real difference.”