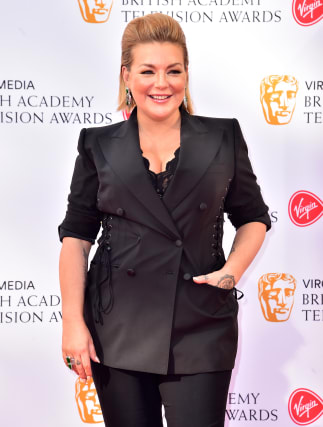 Sheridan Smith is to voice a TV special counting down the small screen’s favourite detectives, from Agatha Christie’s Marple to Idris Elba’s Luther.

Britain’s Favourite Detective on ITV will see viewers vote for the greatest sleuth programme of the last 50 years.

Sherlock Holmes, Line Of Duty’s AC-12, Hercule Poirot, Prime Suspect’s Jane Tennison, Scandinavian noir The Bridge and US favourite Columbo will all be in the running.

The programme, from King Of Sunshine Productions, will feature archive clips and behind-the-scenes footage, with viewers being led to the result by a series of clues.

The voice-over role is among Smith’s first since revealing that she had given birth to her first child in May this year.

The actress welcomed a baby boy with fiance Jamie Horn, shortly after starring in ITV lockdown drama Isolation Stories, where she played a heavily pregnant woman who faces childbirth alone.

“Britain’s Favourite Detective celebrates these TV legends and gives viewers the chance to relive some of the best TV moments of the last five decades.”

Executive producer Sohail Shah, from King Of Sunshine Productions, said: “For years, we’ve all enjoyed watching the foulest of mysteries being solved by the very best sleuthing minds; it has been part of our collective TV lives.

“We’re so thrilled to give the audience the chance to see 25 of these classic characters, and to find out who they have voted as Britain’s Favourite Detective.”

Further details of the detectives in the running will be announced soon.