Sheffield Theatres announces up to 29% of staff face redundancy 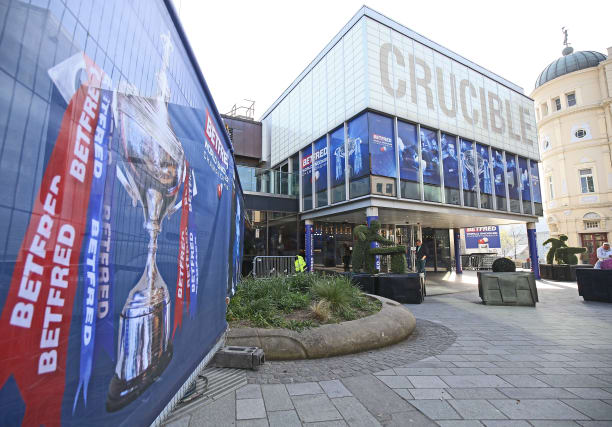 Sheffield Theatres said it is “fighting for our future” as it announced 29% of its staff are facing redundancy due to the coronavirus pandemic.

The group, made up of the Lyceum, Studio and Crucible theatres, will not fully reopen until spring 2021 and all staff have been asked to reduce their working hours in an attempt to cut costs.

While the Lyceum and Studio theatres will remain closed until next year, the Crucible will host a pop-up programme from the autumn, chief executive Dan Bates said, while the venue will also be home to a socially distanced World Snooker Championship.

That event is scheduled to begin later this month.

Mr Bates said the “heartbreaking” decisions were taken in a bid to secure Sheffield Theatres’ future amid the pandemic, saying “we lost all income overnight” when the venues closed on March 16.

He said that while theatres can reopen to socially distanced audiences in August, the group is still awaiting further detail.

Mr Bates added: “Equally, we don’t have confirmation of when we could reopen to full audiences, a vitally important step in us being able to operate effectively.”

A £675,000 grant from the Arts Council’s Emergency Funding will sustain Sheffield Theatres until September, Mr Bates added, then the group will apply for money from the Government’s £1.57 billion package to rescue the arts sector.

However, he does not know how much this would be or whether the application would be successful.

On the proposed job cuts, Mr Bates said: “We have done everything we could to protect everyone’s jobs for as long as possible, however we have had to make this agonising decision to secure the long-term future of the Theatres.

“I want to thank our team for their loyalty and support throughout this challenging time.”

The Government announced last week that live indoor theatre and concerts will be able to resume with socially distanced audiences from August 1.

However, fears were soon raised that it would not be financially viable for many venues to open with significantly reduced capacity.

Mr Bates said this would be the case for Sheffield Theatres.

Many shows that would usually tour at the venue over Christmas have cancelled or rescheduled for next year, he said.

It will take time before theatre-goers feel confident enough to return to venues, Mr Bates said, and he warned Sheffield Theatre would not survive another lockdown that meant having to close again after reopening.

“We are certain that we can’t afford to take this risk,” he said.