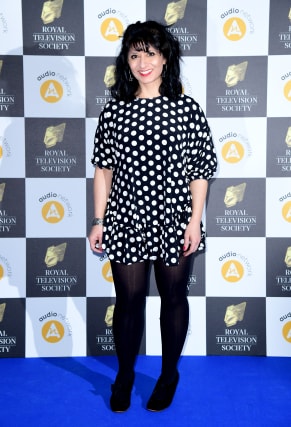 Comedian Shappi Khorsandi has opened up on her time in the I’m A Celebrity… Get Me Out Of Here! jungle and said she felt like a “log” compared with some of the other stars.

The stand-up comic took part in the 17th series of the ITV reality show and was the first to be eliminated by public vote.

Khorsandi has now described the experience as “all a bit sad” and despite praising TV presenter Iain Lee and Coronation Street actress Jennie McAlpine, said it felt like being back in school.

During an appearance on Jay Rayner’s Out To Lunch podcast, she said: “It was just all a bit sad, it felt like school again where, you know, I’m not one of the sporty ones. I’m not one of the pretty girls. And so I’m just a log. I might as well have been one of the logs for them.”

Khorsandi, who was born in Iran before seeking asylum in Britain as a child, said being on I’m A Celebrity in 2017 made her realise she did not want “tabloid fame”.

She said: “I knew when I got in there that the only reason I can stay in the show is if I create some kind of drama. I had a mantra – I refuse to argue with anyone. Not even Rebekah Vardy when she was really mean to me.”

Khorsandi added the reality show “gave me such a deep and renewed love of stand-up comedy and the industry I work in” and “took away all of my career anxieties”.

Asked by food critic Rayner what she meant, Khorsandi said: “Because it showed me that the other side was ghastly.

“You have to just basically sit there the whole time and go ‘is what it is, babe. At the end of the day…’. It’s all about being like all these sort of empty platitudes.”

The latest episode of Out To Lunch with Jay Rayner is available now.