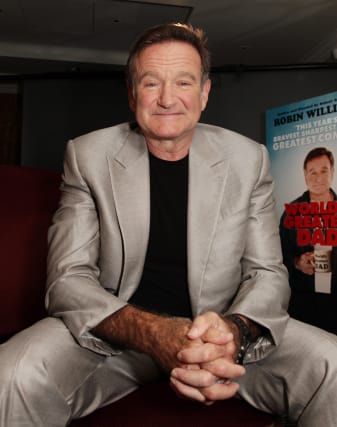 Robin Williams’ daughter paid a fitting tribute to her father on what would have been the beloved star’s 69th birthday.

Zelda Williams, 30, revealed she was making donations to homeless charities in the late actor’s memory and said she hoped the amount would have made him smile.

She tweeted: “Today would’ve been Dad’s 69th birthday, so to honour him (& that glorious number), I will be donating $69.69 to as many local homeless shelters as I can.

“Join me if you like, but regardless, know I am wishing you all at least one hearty, immature belly laugh on Dad today.”

Williams, one of Hollywood’s most successful comic actors, died in 2014 at the age of 63.

He took his own life. His widow Susan Schneider Williams later said he had been suffering with the debilitating brain disease Lewy body dementia.

Zelda, who is also an actor, has previously spoken about the pain of losing her father, whose best known films include Mrs Doubtfire, Jumanji and Good Will Hunting.

In 2018, ahead of his birthday, she shared a father-daughter picture on social media and wrote: “It’s that time of year again. Everyone who has dealt with loss knows the pain of certain anniversaries, moments full of memory that come round like clockwork and usurp all others, no matter how hard you may try to prepare for or avoid them.

“These weeks are the hardest for me, and thus, you’ll see me a lot less, if at all. For all the internet’s good intentions in expressing to me their fondness for dad, it’s very overwhelming to have strangers need me to know how much they cared for him right now. It’s harder still to be expected to reach back.”