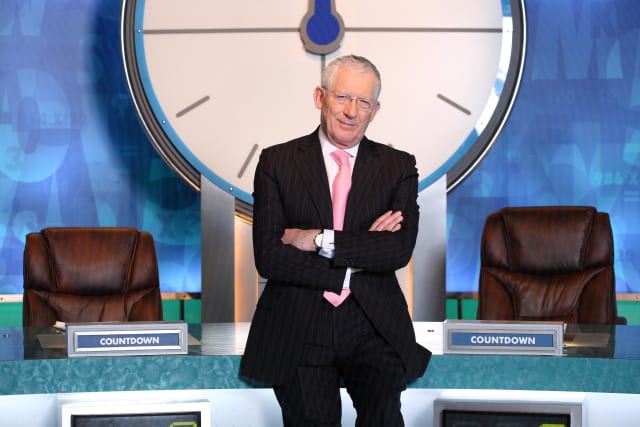 Nick Hewer has outlined the social distancing measures which have been put in place on the Countdown set to enable the game show to resume filming.

The 76-year-old host told ITV's Good Morning Britain that the makers of the programme had gone to "such trouble" over the safety precautions as his age makes him "vulnerable" to coronavirus.

The Channel 4 programme resumed filming last week after production was initially paused because of the pandemic.

Hewer said it was "great" to be producing new episodes, adding: "Not least because we won't be bullied by Twitter by people saying 'When are you coming back?'

"It's wonderful and the production people worked miracles to make sure that everything is absolutely rock-solid safe."

Countdown is being filmed without a live audience and with social distancing measures on set.

A one-way system has also been put in place around the studio in an effort to stop people coming into close contact with each other.

Microphones have been fitted to desks to stop sound engineers having to attach them to the clothing of contestants, and those appearing on the programme are doing their own make-up.

Hewer said a make-up artist stands two metres away and instructs him as he gets himself ready to appear on air.

Hewer said he did not know when the new episodes would air.