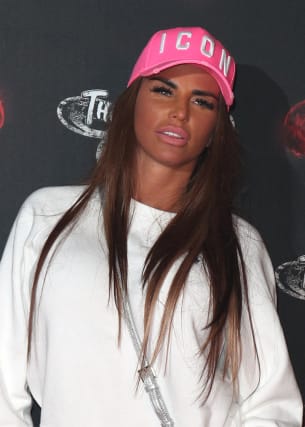 Katie Price told a bankruptcy hearing she has "lost everything" as she spoke about being burgled and attending the Priory.

The former glamour model, who was declared bankrupt in November last year, has had average recent monthly earnings of £45,000, a court heard.

She joined a hearing at the insolvency and companies court at the Rolls Building in London on Tuesday via Skype.

The 42-year-old said she was going to visit her son Harvey in hospital after the hearing, adding: "It's one thing after the other."

At the weekend, she shared a video saying Harvey was feeling "a lot better" after confirming on July 12 that the 18-year-old, who suffers from partial blindness, Prader-Willi syndrome, autism, and learning and behavioural difficulties, had been admitted to intensive care.

Asked about what assets she has, Price told the court she owns a house but is currently living in a rented property.

She also said she has a Beetle car, one horse and one pony, but nothing else.

She said she had been burgled and cannot get any insurance, adding: "I've lost everything."

One of her representatives told the court that over the last three years he had been observing the "mental abuse" Price had been on the receiving end of.

She told the hearing she had a "bad breakdown" last year and that she was an inpatient at the Priory for five weeks.

Price said she had had suicidal thoughts, but added: "I am here, I am sorting myself out."

Judge Catherine Burton adjourned the case for a further hearing on October 27.

The former model, formerly known as Jordan, was once said to be worth more than £40 million.

At a hearing in October 2018, she was given time to negotiate a deal with the taxman over her finances and her proposal for an Individual Voluntary Agreement (IVA) was accepted.

An IVA is a formal agreement which lets people with debt repay their creditors at an affordable rate in a bid to avoid bankruptcy.

However, the renewed bankruptcy proceedings last year were brought after she failed to meet the terms of the agreement.