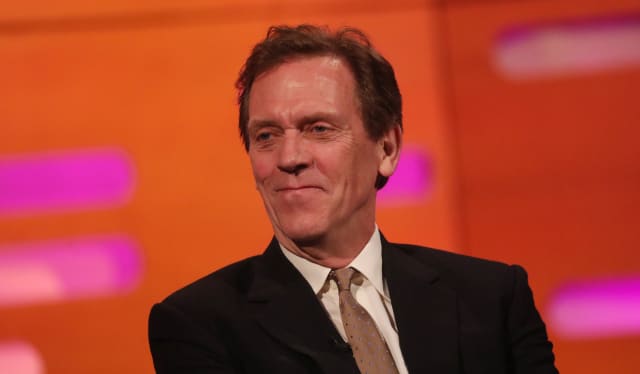 A first look at Hugh Laurie in his new role as a “charismatic” Conservative minister has been released.

The Night Manager and House star, 61, will play Peter Laurence, described has a “self-made, forceful and charismatic politician”,  in new BBC One series Roadkill.

Sir David has previously said of Laurie’s casting: “I first worked with Hugh Laurie in 1987 when he set off on his riveting change of direction from adroit comedian to commanding dramatic actor.

“I can’t wait to see him embody the fictional future of the Conservative party in Roadkill.”

Laurie’s casting was announced in August last year, with Piers Wenger, controller of BBC drama, saying he was “an incredible actor who will play this fictional role with utter conviction, and it is a great honour to work once again with David Hare and The Forge to bring this brilliantly sharp and funny drama to BBC One”.

A transmission date has not yet been announced.