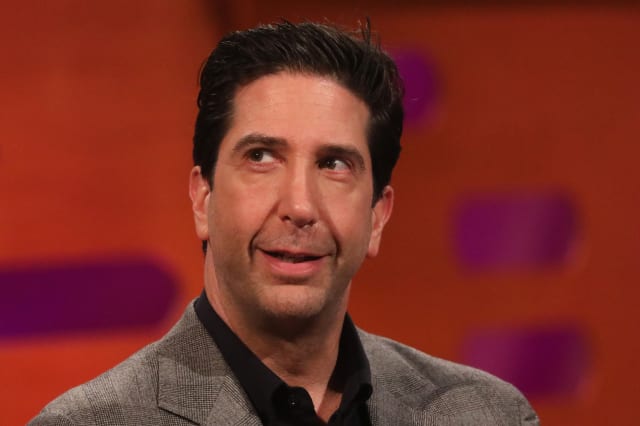 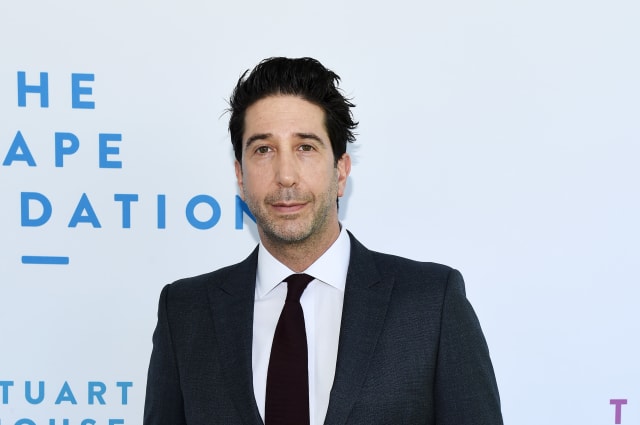 The eagerly awaited Friends reunion special could begin filming as soon as next month, David Schwimmer has revealed.

The actor, who played Ross Geller on the beloved comedy, said he and his co-stars could shoot the one-off episode in mid-August, if it is deemed safe to do so amid the coronavirus pandemic.

The special is due to be filmed at the Warner Bros Studios in Burbank, California. The state is struggling to get a grip on the Covid-19 outbreak.

During an appearance on The Tonight Show Starring Jimmy Fallon, Schwimmer promised the special would feature "surprise bits" and said: "It's supposed to happen maybe in August, the middle of August, but honestly we're going to wait and see another week or two if we all determine it's really safe enough to do. And if not, then we'll wait until it's safe."

The special, due to air in the US on the HBO Max streaming service, will bring together Schwimmer and co-stars Jennifer Aniston, Courteney Cox, Lisa Kudrow, Matt LeBlanc and Matthew Perry.

It had been set to launch with HBO Max in May, but filming was delayed due to the pandemic.

During his appearance on The Tonight Show, Schwimmer, 53, also recalled almost turning down the career-defining role of Ross.

Matt LeBlanc visits Matthew Perry backstage after a performance of 'The End Of Longing', Matthew's playwriting debut, at the Playhouse Theatre in London.

Lisa supports Joey at the season two premiere of his award-winning show Episodes in West Hollywood.

Matt and Courtney Cox present onstage at the Writers Guild Awards in LA.

This was recently evident by the mass freak-out that ensued when viewers thought Netflix was going to cancel the TV show in 2019. Don't worry, they're not.

Ever since the show ended in May 2004, the possibility of a reunion has been dangled in front of us - with different cast mates saying different things - leaving us devoted fans of the show just sat here refusing to give us hope.

So, in the meantime, let's enjoy these photos of all the times Jennifer Aniston, Courteney Cox, Lisa Kudrow, Matthew Perry, David Schwimmer and Matt Le Blanc have reunited in some form or another, which mostly involves supporting each other at various individual projects. Which is heartwarming <3

LONDON, UNITED KINGDOM - 2019/05/12: Actor David Schwimmer, one of the citation readers seen during the Virgin Media BAFTA Television Awards 2019 - Press Room at The Royal Festival Hall. (Photo by Keith Mayhew/SOPA Images/LightRocket via Getty Images)
LONDON, ENGLAND - MAY 12: David Schwimmer attends the Virgin Media British Academy Television Awards 2019 at The Royal Festival Hall on May 12, 2019 in London, England. (Photo by Karwai Tang/WireImage)
Up Next

He told Fallon he had been soured by his first experience of being a series regular on a sitcom and had left Los Angeles for Chicago to do theatre work.

When his agent first told him about the Friends role, Schwimmer said he was not interested, until he heard from the show's co-creators Marta Kauffman and David Crane.

He had auditioned for the pair for a role on a different comedy that was later cancelled, though he made enough of an impression that they wrote the part of Ross with Schwimmer in mind.

That convinced him to take the role, he told Fallon.

Schwimmer also revealed one of the most common things fans say to him in the street is "you were on a break," a reference to the contentious break-up of Friends characters Ross and Rachel.

Asked his opinion on if the couple were together when Ross cheated, Schwimmer deadpanned: "Yes, it's not even a question, they were on a break."