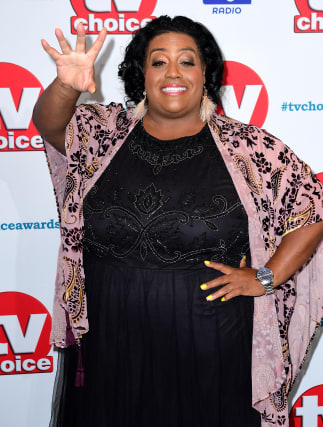 Alison Hammond has claimed that Celebs Go Dating bosses asked her to eat a hot dog on camera during filming.

The This Morning star and reality TV regular, 45, appeared on the E4 programme earlier this year.

She said a producer had offered her a hot dog while they were filming for the pre-title scenes, suggesting this was because of her weight.

Speaking to Fleur East on her The Reality Of Reality TV podcast, she said: “When I did Celebs Go Dating, do you know when they do the pre-titles and you do all the little bits to camera?

“I noticed the producer had some hot dogs on the side and I was doing my little blowing the kisses to camera.

“And I was wondering about it and then he brought a hotdog over and went: ‘Oh, can you just eat a hot dog?’

“So then straight away I said, ‘What do I need to eat a hot dog for?’ when I realised, ‘Oh it’s the fat person eating’.”

Hammond also revealed she was asked to compete in Dancing On Ice but turned down the offer out of fear.

She said she had broken her ankle on ice 10 years ago and did not want to take to the rink scared of repeating the injury.

Hammond has appeared on Big Brother, I’m a Celebrity…Get Me Out of Here!, Strictly Come Dancing and Celebs Go Dating.

She said: “I’ve been asked to do Dancing On Ice. I said no… And the reason I said no was because about 10 years ago I broke my ankle on ice.

“You can’t go and do Dancing On Ice fearful which I literally will be.”

The TV star told East, who has herself appeared on reality shows including The X Factor, that I’m A Celebrity was the most caring of the lot.

She said: “With I’m A Celebrity… Get Me Out Of Here, yes, you are covered from all angles but I feel that because they’re celebrities, they’re a lot more gentle to the celebrities and ultimately it’s a family show, they don’t want anything nasty and it will all be edited down.

“So, I think deep down they want to show the best of you.

“I feel like with I’m A Celebrity they’ve got your back.

“You could be a bit of a nasty piece of work, but it probably won’t get shown.”

Celebs Go Dating has been contacted for a response.

The Reality Of Reality TV with Fleur East is available every Tuesday from all major podcast providers.