Naga Munchetty: There’s been noise about the BBC licence fee for decades 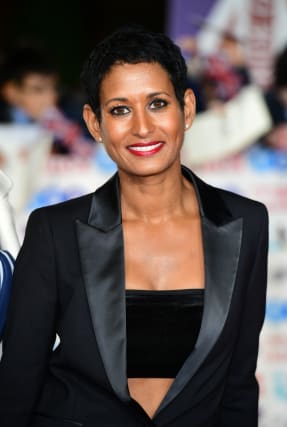 BBC Breakfast host Naga Munchetty has spoken out in support of the BBC licence fee.

The end of the licence fee has been mooted by the Government, with a threat to turn the BBC into a subscription service.

“But at Breakfast, we’re not ratings-driven, we’re not there to garner attention on social media.

“We’re there to provide a service and make sure people are informed, educated and entertained. I think a licence is worth that.”

Munchetty was rebuked by the BBC last year after commenting on US president Donald Trump’s call for a group of female Democrats to “go back” to their own countries.

The corporation initially ruled that the presenter had breached editorial guidelines before director-general Lord Tony Hall reversed the decision.

“There are lessons to be learnt. The Breakfast team was very supportive at the time and, since then, I’ve had regular conversations with Tony Hall and other BBC bosses,” she said.

“My whole strategy was to just keep my head down because I didn’t want to be the story.”

BBC Breakfast assistant editor Mark Grannell said of the long-running morning programme: “We’re not the Today programme on television. Depending on what the main news is, we try and inject a bit of light into the shade.

“The interaction between the presenters is really important.”