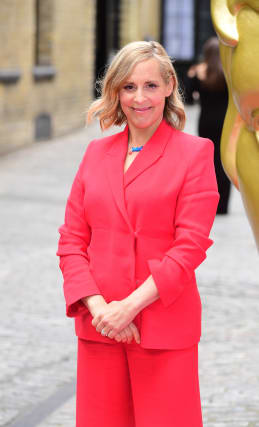 Former Great British Bake Off host Mel Giedroyc has signed up to front a new woodwork show for Channel 4.

Giedroyc, 52, and Sue Perkins, 50, quit as hosts of Bake Off after the hit show moved to Channel 4 from the BBC.

Now the comedian will front Good With Wood, in which woodworkers are challenged to “craft beautiful and ambitious builds”.

Giedroyc will return to the broadcaster which previously aired her hit shows with Perkins, Light Lunch and Late Lunch, in the 1990s.

She said: “In the words of Ian Faith, the manager of Spinal Tap, ‘… in the topsy-turvy world of heavy rock, having a good solid piece of wood in your hand is often useful’.

“I would add to that by saying that in the topsy-turvy world of 2020 in general, having a good solid piece of wood in your hand is pretty much essential.”

She added: “So if you go down to the woods today, you’re in for a big surprise. Good With Wood is going to be something we can all lean on.”

The six-part series will take place “in a stunning woodland setting”, while those competing “will have their skills tested to the limits”.

Each episode will centre around a “Big Build” in which the contestants create large and imaginative wooden structures and objects, as expert judges scrutinise their designs, techniques and skills.

Channel 4 commissioner Daniel Fromm said the “feel-good” show was an “antidote to our times, as it celebrates the extraordinary craftsmanship and artistry of the country’s finest woodworkers”.

Karen Plumb, head of factual entertainment at Plimsoll Productions, said: “In a throwaway world, more and more people are turning to woodwork to connect them to nature and their creativity.

“We’re delighted to be making this escapist and ambitious competition for Channel 4.”

After Bake Off moved to Channel 4, Giedroyc told the PA news agency in 2017 that it took “about three seconds” to make the decision not to move channels with the show.