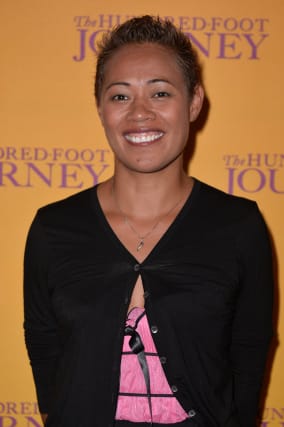 MasterChef: The Professionals judge Monica Galetti has said customers who fail to show up for restaurant bookings as lockdown eases are having a “massive impact” on the sector.

The 44-year-old is the latest figure from the restaurant business to criticise no-shows after Michelin-starred chefs Paul Ainsworth and Tom Kerridge highlighted the problem.

Many pubs, hotels and restaurants have reopened with significant changes due to social distancing rules, including reducing the number of tables and therefore customers.

Speaking on The One Show, Galetti said: “It’s always been an issue, people not showing up, but I just think the current pandemic has had a massive effect on restaurants.

“They are running half-full and they are then having people who are not showing up. That’s a huge cost. It’s to pay for everything.

“They are signing the right amount of staff, the kind of food they can have is limited, and people aren’t showing up during this pandemic. People won’t be able to get paid.

“Restaurants are struggling already. It was always a problem in our industry but now it is having a massive effect on the restaurants that are trying to survive.”

Galetti spoke to presenters Rylan Clark-Neal and Alex Jones by video call after a day of filming for MasterChef: The Professionals.

Describing new measures on set, she said: “It’s been nice but a bit tough with the social distancing.

“Everyone is two metres apart so it is making for longer days, and not being able to hug and say ‘hello everyone’ who has been here has been very strange.

“It has been so nice to see the MasterChef family again.”

The episode was Jones’s first since returning from a holiday with her parents.

Before taking time off this month she had been the only presenter on the BBC One programme to have worked every episode since lockdown began in March.