Katie Derham: Lockdown has opened up classical music to a younger audience 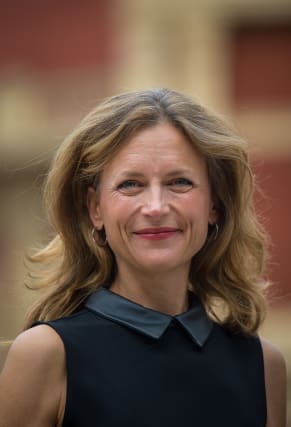 Derham, 50, is one of the presenters of this year’s classical music festival, which will feature live performances in the final fortnight.

She told Radio Times magazine that “perhaps this dreadful pandemic has given the classical music world a glimmer of hope.”

Her Radio 3 show has enjoyed “more messages and feedback from listeners than I’d had in months – classical music was clearly filling a very distinct, very important need”, she said.

The streaming of performances in lockdown had enticed a new audience and “democratised” classical music, she said.

“Over the past four months we’ve all had (mostly) free access to a fabulous selection of streamed performances from the world’s finest orchestras and opera houses,” Derham told the magazine.

“Top-flight musicians have switched on their camera phones and given us free recitals from their living rooms.

“Classical music has always provided escape and solace, but with the wonders of modern technology, a whole new audience has been welcomed in.”

Derham said a recent study suggested that during lockdown, 60% of young people have been listening to classical music.

“This is unbelievably heartening,” she said.

“For more than a decade…  there has been a dull, rather repetitive narrative that our audience is ageing, that classical music is too elitist, that the best concerts and operas are too expensive.”

Derham predicted that “there will be a whole lot more young people watching and listening at home” to the live Proms’ performances, which begin on August 28.

But she said she wonders when we will “hear live orchestral music again” indoors.

“Despite welcome Government bailouts, we don’t yet know when audiences in any numbers will be able to enjoy live performances indoors, and many freelance musicians will suffer terribly until then.

“It’s beyond tough,” she told the magazine.