Ellie Goulding on course for third number one album 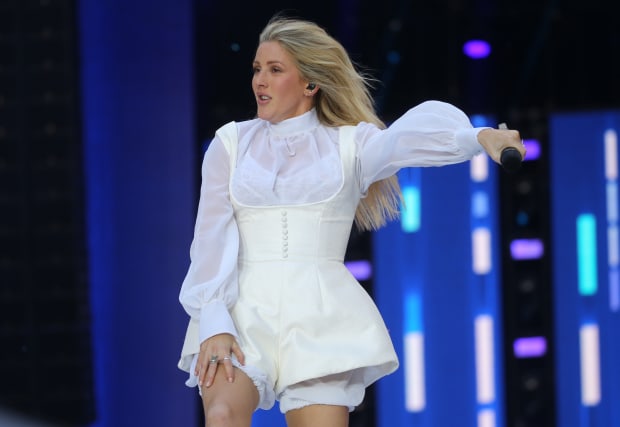 Ellie Goulding is on course to score her third number one album with Brightest Blue.

However, her third album, 2015’s Delirium, which features the singles On My Mind and Army, reached number three in the UK.

Brightest Blue is ahead of Bob Dylan’s 39th studio album Rough And Rowdy Ways by only 3,000 chart sales, according to the Official Charts Company’s mid-week update.

The veteran US singer-songwriter’s latest record has rebounded 24 places to number two following its vinyl release.

The 79-year-old became the oldest male to claim a UK number one with an album of new original material following the album’s release on CD and digital formats on June 19.

Fourth place is held by Gaslighter by US country music trio The Chicks, who recently dropped the word Dixie from their name in an apparent response to the Black Lives Matter movement.

The record is their first in 14 years and features songs about politics and divorce.

Rounding out the top five is neo-soul singer Lianne La Havas with her self-titled third album.