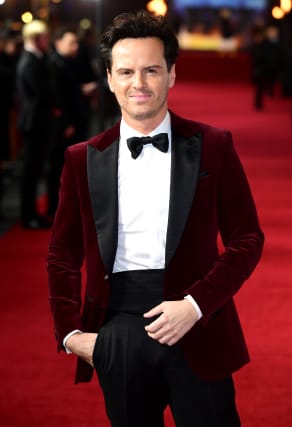 Fleabag star Andrew Scott will star in a new play to be streamed live from The Old Vic.

Scott, 43, known for his roles as Moriarty in Sherlock and as the “hot priest” in Fleabag, will perform Three Kings to viewers at home and an empty auditorium.

The production is part of the In Camera series, which the theatre says is “crucial in igniting the box office now all our usual channels of revenue have been entirely wiped out”.

Stephen Beresford penned the new play about “fathers and sons, the gifts and burdens of inheritance, and the unfathomable puzzle of human relationships”.

The Old Vic’s artistic director Matthew Warchus said: “I am hugely grateful to Stephen for writing this play specially for the Old Vic: In Camera series and to Andrew for agreeing to perform it.

“Their generous support of The Old Vic at this critical time and their spirit of adventure in joining us in this crucial fundraising experiment is enormously appreciated.”

The production, directed by Warchus, will be streamed live from the stage, with the empty auditorium as a backdrop, for just five performances.

The move comes after Claire Foy and Matt Smith reunited to star in a socially distanced production of Lungs as part of the series at The Old Vic.

The theatre says its In Camera series is a “creative experiment and also crucial in igniting the box office now all our usual channels of revenue have been entirely wiped out and we fight to preserve this beloved theatre for our audiences, surrounding schools and communities, staff, crew, and the myriad of writers, performers and creatives that work with us.”

The Government has announced that indoor performances with socially distanced live audiences will be allowed, subject to the success of pilots, from August 1.

But Jon Morgan, director of Theatres Trust, has warned that the majority of theatres will not be able to reopen while social distancing is still in place because it is not financially viable.

The Old Vic also announced that Dermot O’Leary will host a live one-off Old Vic: In Conversation event with Scott.

Three Kings will be live streamed for five performances from July 29 to August 1, with tickets priced from £10 to £40.