Adwoa Aboah says she felt ‘shame’ as a teenager 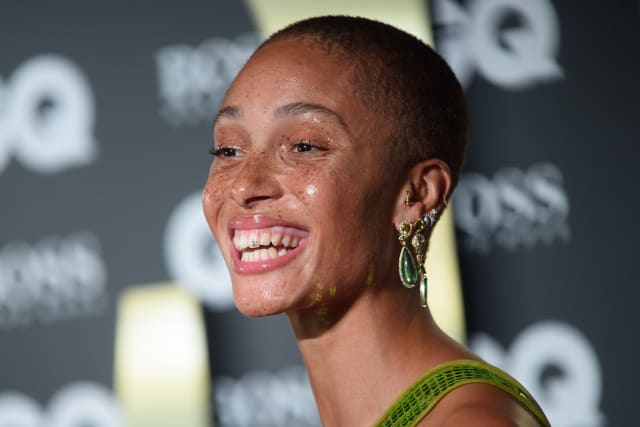 Adwoa Aboah has said she hid her “insecurities” and “shame” as a teenager.

The model, who was born and raised in Britain to an English mother and Ghanian-born father, said she felt different to her peers while she was growing up.

She opened up about her experiences as a teenager in a special edition of the Elle magazine aimed at finding the future stars of the media industry.

Discussing her experiences growing up, Aboah said: “I’d watch from the sidelines as certain friends flourished in social situations, all carefree and glowing, while I quietly hid my insecurities and internalised my shame.

“I, like many others before and after me, never felt as though I fit in.

“I wasn’t white enough, nor was I black enough.

“Boys weren’t into my braids, so I conformed – painfully relaxing my hair, which didn’t win them over either.”

Aboah added that she is dyslexic and struggled academically, failing a “multitude” of exams.

“I wanted so much to conform, to be like everyone else – something that today would be a massive detriment to my career but, at the time, was my deepest fantasy,” she said.

The model also praised the “strength and resilience” shown by the younger generation during the coronavirus pandemic and Black Lives Matter movement.