Joe Tracini: I thought I would be dead by 25 during drugs battle 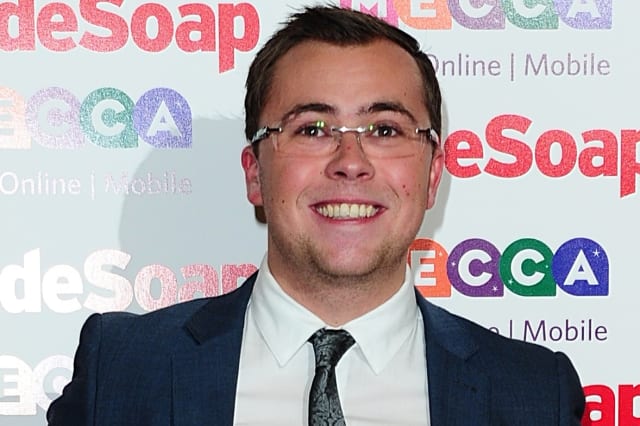 Hollyoaks star Joe Tracini has said he thought he would die before he was 25 during his battle with drugs.

The actor, who is the son of comedian Joe Pasquale shared a message of hope as he celebrated eight years clean on his 32nd birthday.

Sharing a video of the story of his 24th birthday, he wrote on Twitter: "Today's my birthday, and it's the best one I've ever had, so I'd like to tell you about the worst. It's funnier now than it was at the time."

In the video he said: "For me every day is a celebration of being not dead again but today I get a badge.

"When I was 24 I was a massive drug addict and I lived on a diet exclusively of drugs, wafer thin ham and drugs. On my 24th birthday I went to get drugs and then to Waitrose to get the wafer thin ham and while I was in there I farted and fully shat myself, not just a bit, full poo in pant.

"And I Just stood there and I thought this is it, you're going to die, you're literally dying inside and I was convinced on that day I would be dead before my 25th birthday.

My point is that things change, not necessarily always for the better, but I was convinced I was going to die before I was 25. Today I am 32, I am not dead, I am eight years clean and I am not covered in my own shit."

Tracini has previously spoken about his battle with depression and talked about how he nearly took his own life.