Mira Nair: Novel of A Suitable Boy felt like my best friend 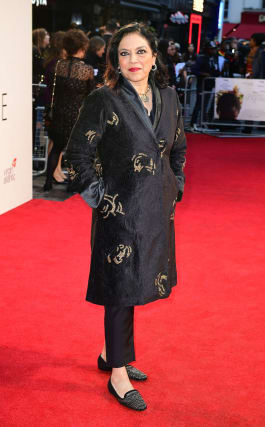 Mira Nair has said she vowed to direct an adaptation of Vikram Seth’s A Suitable Boy when it was published, but it “was too big at the time for me to get my hands on it”.

The novel, set in 1950s India, was published in 1993 and Monsoon Wedding director Nair said it felt like her “best friend”.

It follows four large extended families and their lives and loves as both Lata and her mother, Mrs Rupa Mehra, are trying to find a suitable boy for her to marry.

It has now been adapted into a six-part drama for BBC One by Andrew Davies, who has previously adapted Pride And Prejudice, War And Peace and Les Miserables.

Nair said: “A Suitable Boy has been one of my favourite novels since the day it was written.

“I read it repeatedly and felt as if it was my best friend. I felt a sense of great companionship and understanding and a sense of evoking a time in India in which I longed to have lived.

“I just vowed to direct the adaptation of it but it was too big at the time for me to get my hands on it. It really gives me extraordinary pleasure and pride to have the privilege of directing this show because it is something that has inspired me so much.

“It also gives me this vast canvas as I have 113 actors in the show and six hours to let the story unfold. That’s the way to make this show, it’s not something that should be squeezed into a shorter story as it needs to unfold. It’s so full of surprises and rhythms, where things need their time and their pace. I feel really privileged.”

She added: “What I have loved about directing A Suitable Boy is reaping the great joy of telling a fantastic story with the finest actors that we have in our country.

“Any actor that I have loved and have asked to be in the show has said yes and has come along for the ride, from the genius of Manoj Pahwa, to the young Tanya Maniktala who is a newcomer to this game and is so beautiful in what she does.

“The range of actors in between is great and there was never a tense day, they brought their best to the set, whether they were newcomers or legends. We aspired for excellence and I do feel like we have done our absolute best – which is really what we are put on this Earth to do.”

Davies said: “I first read Vikram Seth’s lovely novel about 20 years ago when somebody asked me if I wanted to adapt it. I had the great pleasure of reading it and, at that time, I just felt it was perfect as it was. That maybe nobody should adapt it.

“But then in 2019 I got asked again. I had adapted War And Peace, a Russian masterpiece and Les Miserables, a French masterpiece, so I thought it was a good time to work on an Indian masterpiece, and it’s been such a joy.”

A Suitable Boy starts on BBC One on July 26.