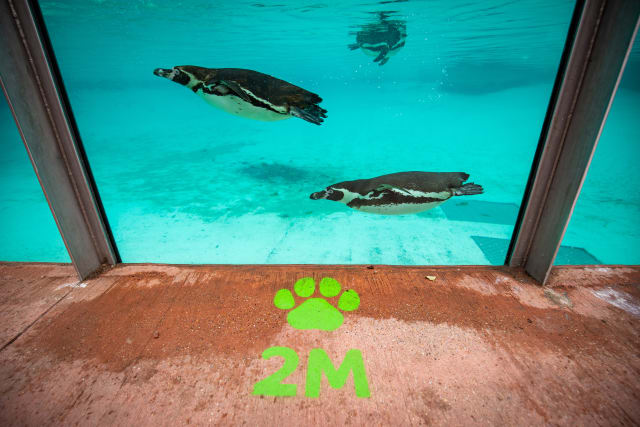 Comedians including Jonathan Ross, Catherine Tate and Meera Syal have starred in a video which aims to raise funds for the Zoological Society of London.

The comedians feature in a television advert for the conservation charity which sees them do voiceovers for animals including a giraffe and a gorilla.

ZSL, which runs London and Whipsnade zoos, is attempting to raise money after being badly impacted by the coronavirus pandemic.

Bailey said: “I knew ZSL and its two zoos were struggling with the devastating effects of the pandemic, and I wanted to help in any way I could.

“I was delighted to voice Bob the tamarin to support their appeal, as it’s for an excellent cause.

“I also think Bob and I are quite similar, we both share a certain joie de vivre, and have eccentric facial hair.”

“The situation ZSL is facing is anything but funny.

“But we know that building a connection between people and wildlife is vital to generate understanding and support.

“We’re hoping this light-hearted approach, supported by an incredible array of comedians who have generously donated their voices to our campaign, will get people smiling and donating.”

He added that although zoos were able to reopen last month as lockdown restrictions were eased,  ZSL is still “struggling”.