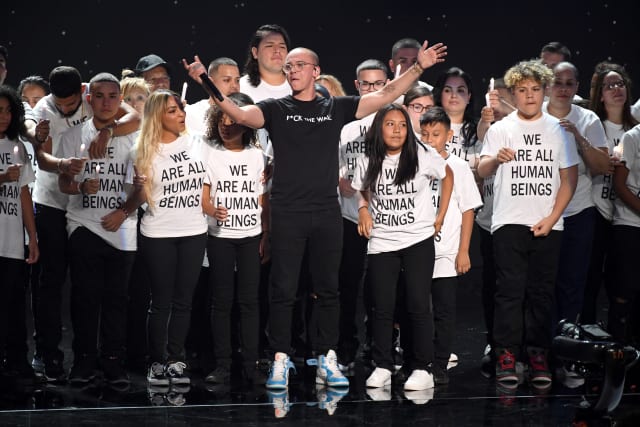 Rapper Logic shared the first pictures of his newborn son as he opened up on his decision to retire from music.

The 30-year-old hip-hop star announced he will retire following the release of his upcoming album No Pressure.

He recently welcomed a son, named Bobby, with his wife Brittney. Logic, whose real name is Sir Robert Bryson Hall II, shared pictures of the boy on Instagram and said his family “make me the happiest man in the world”.

He wrote: “Privacy with family is something that is very important to me me. However my fans have been my family since this all started so I wanted to share with you a glimpse into the life I am now diving into head first.

“I would like you to meet LB as we call him, Little Bobby. And my beautiful wife Brittney who is an incredible mother. These two make me the happiest man in the world and it’s a happiness nothing else has ever been able to fulfil.”

Logic said news of his retirement may be “bittersweet” for fans but promised to spend more time interacting with supporters on social media.

“Without the stress of this industry we can communicate more,” he said.

“Interact more, and I’m so excited for that. I love you and thank you so so much for being here with me all these years. Now let’s all kick back, love life and enjoy each day having fun… No Pressure!”

Logic signed off the post: “Peace, Love and Positivity! Obediently Yours, Bobby.”

His maiden studio album, Under Pressure, arrived a year later and he scored his first US number one album in 2017 with Everybody, which featured guest appearances from artists including Killer Mike, J Cole and No ID.

No Pressure will be released on July 24.